Ernest Rutherford is a Nobel Prize-winning physicist most famous for his work in discovering the existence of a small, dense, positive nucleus. Rutherford also produced a large body of work on radioactivity. 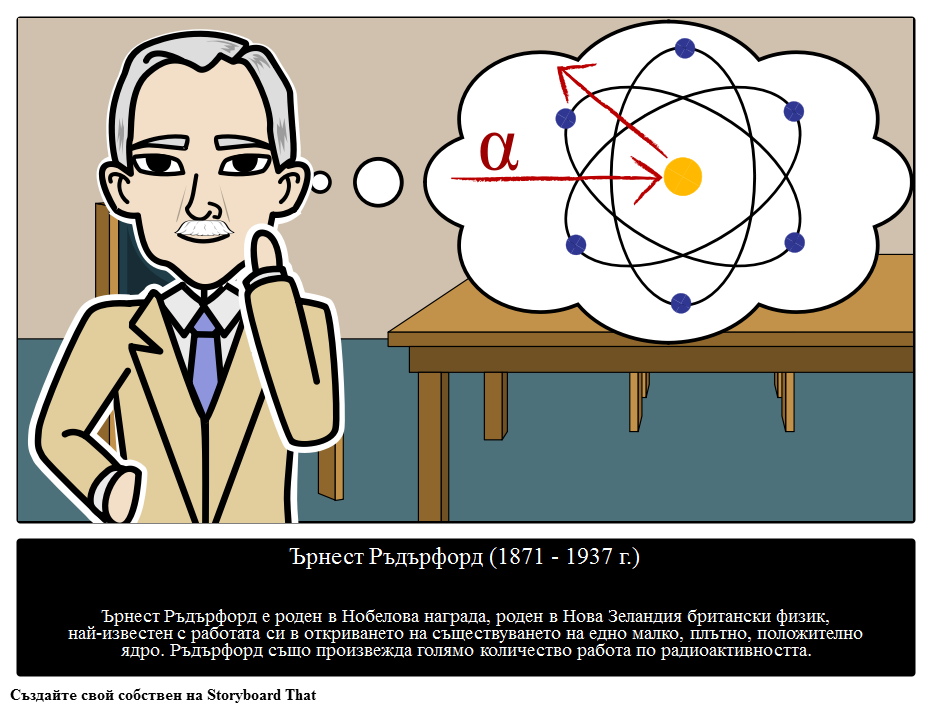 Ernest Rutherford was born in Brightwater, New Zealand on August 30, 1871. In 1851 he won a research fellowship to go to the Cavendish Laboratory at the University of Cambridge, England. In Cambridge he worked under J. J. Thomson, the scientist who discovered the electron.

Rutherford was a prolific experimentalist and produced a large amount of groundbreaking work in the newly emerging field of nuclear science. Rutherford discovered two types of radiation, one that was positive and one that was negative. He also found that the radioactivity decreases in magnitude over time. Rutherford separated the known types radiation into three groups: alpha, beta, and gamma radiation. Rutherford received a Nobel Prize in Chemistry for his work on radioactivity.

Rutherford is most famous for his experimental work, particularly his gold foil experiment. He completed this experiment with assistance from Hans Geiger while at the University of Manchester. In this experiment, he fired alpha particles (helium nuclei) at a piece of thin gold foil. He found that the majority of the alpha particles went straight through the foil, but a few were deflected at very large angles. From this experiment he concluded that the atom must have a dense, small, and positively charged nucleus, revolutionizing the way we think about the structure of the atom. Rutherford’s model was eventually succeeded by the Bohr model, but he continued to study the nucleus and proved that the hydrogen nucleus is present in other nuclei, widely accepted as the discovery of the proton. He also predicted the existence of a neutron which was later discovered by James Chadwick. Rutherford took over the Cavendish laboratory in 1919 and oversaw many other Nobel Prize winning discoveries, such as Francis Aston and his discovery of different isotopes

The element rutherfordium is named after him. In 1914 Rutherford was knighted. He died in Cambridge, England on October 19, 1937. He was buried in the nave of Westminster Abbey near Isaac Newton and Lord Kelvin.

“All science is either physics or stamp collecting.”

“When we have found how the nucleus of atoms is built up, we shall have found the greatest secret of all—except life.”