The Election of 1800: Jefferson vs. Adams

With the first term of President John Adams coming to an end, the United States found itself divided between the incumbent Federalist president, and the challenging Democratic-Republican, Thomas Jefferson. Political factions in the new country were still strong, and they campaigned hard and strategically for their candidates during the election of 1800. This was the first real election between political parties and the beginning of a process that is now commonplace in American politics.

Student Activities for The Election of 1800 Include: 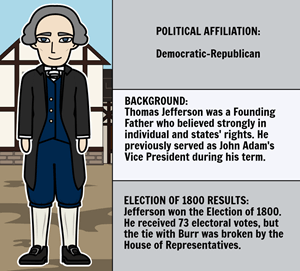 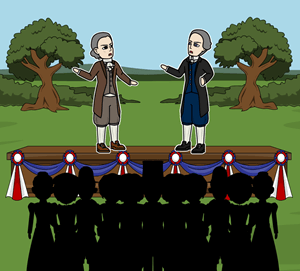 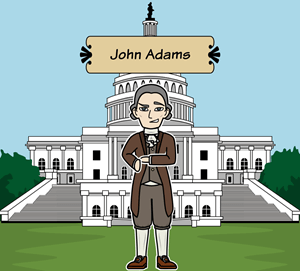 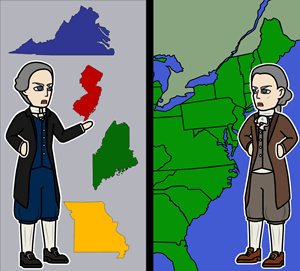 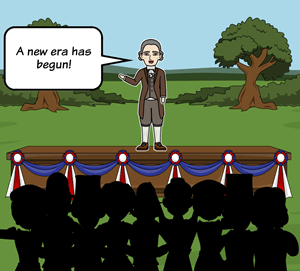 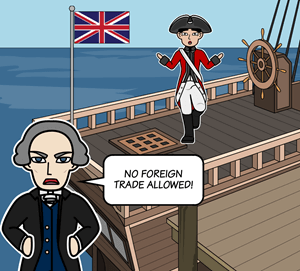 The election of 1800, sometimes referred to as the “Revolution of 1800”, was the presidential election between Federalist Party candidate John Adams, Democratic-Republican Party candidate Thomas Jefferson, and his running mate Aaron Burr. This election served as the first instance of peaceful transfer of power from one party to the other, and therefore is seen as a “revolution” without bloodshed or violence to mar the transfer of power.

It highlighted the many differences that still survived from the revolutionary factions as well as how democracy in motion would shape the future of power in the United States. Jefferson would play to the common man, and his presidency would demonstrate this. However, controversy, factions, allegiance, and ideas of constitutional interpretation define this monumental, but rocky, presidential election.

The election also exposed the need to separate electoral votes cast for the President and Vice President. When both Jefferson and Burr finished the election with 73 electoral votes, the power to solve this lay in the lame-duck Federalist House of Representatives. After 35 unsuccessful ballots, Jefferson was chosen as president in February of 1801.

Through the assignments in this lesson plan, students will be able to explain and analyze who each candidate was, and their ideas on government and power. Furthermore, students will be able to analyze and discuss the significance of power being transferred between two different political parties without violence. By examining the candidates, their ideas on government, and Jefferson’s presidency (with its controversies), students will gain a broad perspective on an election that shaped politics in the United States for years to come.

Discussion Questions for The Election of 1800