Anuket is the goddess of the Nile River, and is associated with the yearly flooding which “embraced” the fields nearby and gave life to the crops. She is often depicted with a gazelle, an ankh, and a headdress of ostrich feathers or reeds. 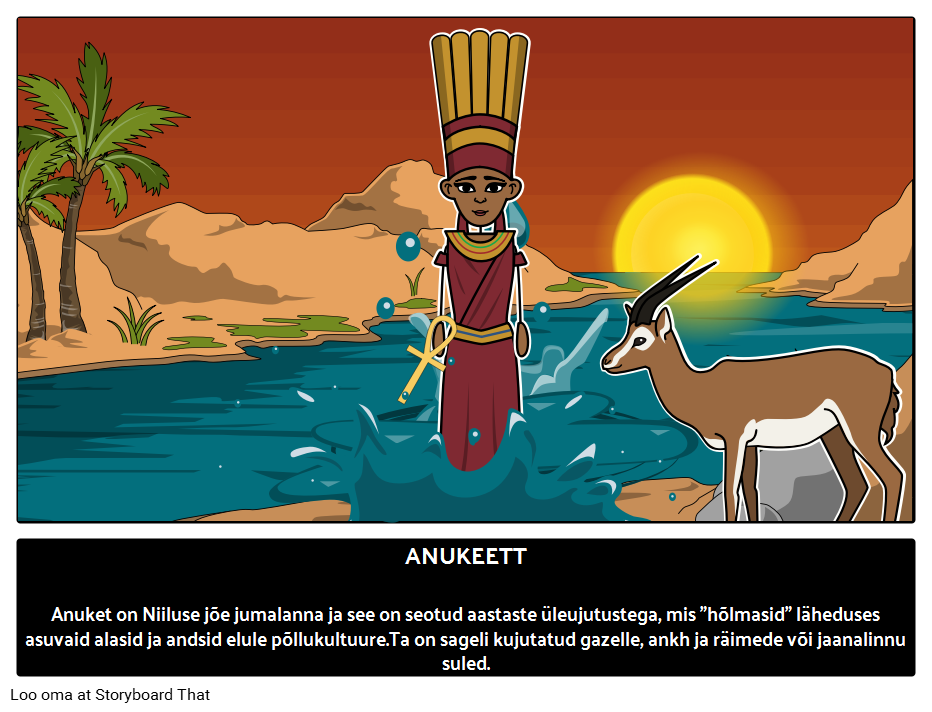 Anuket was the goddess of the Nile River. Her name means to “embrace”, much like the fields near the river which were embraced by the waters. The two tributaries of the Nile also stretched out like two arms, adding to the meaning behind Anuket’s moniker. She was thought to be the daughter of Khnum, the god of the source of the Nile (Lake Victoria) and Satis, the goddess of fertility. Together, the three deities were believed to control and protect the yearly flooding of the Nile River.

In some stories, she is associated with hunting, and so she is often depicted with a gazelle; sometimes she is also depicted with the head of a gazelle. Because of her association with bringing waters to crops around the Nile, which fertilized and nourished them, she was also associated with childbirth and child-rearing in some parts of the kingdom.

Flooding of the Nile