The Book of the Dead is a compilation of almost 200 spells that are supposed to help the soul traverse the perils of the underworld and bring them to divinity in paradise with the gods. 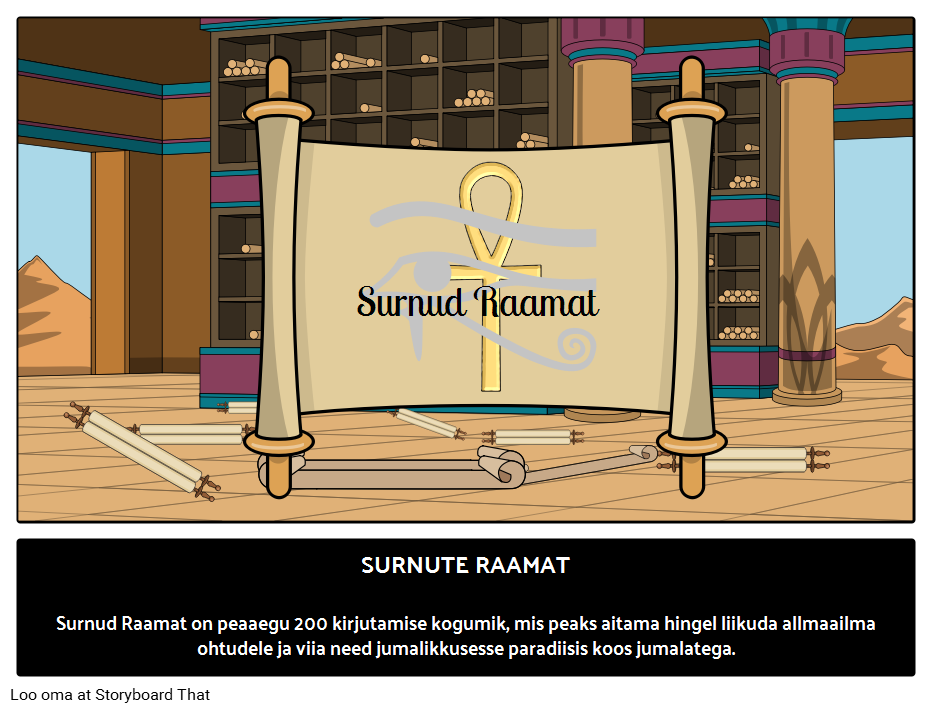 The Book of the Dead played an important role in helping modern societies understand the value that the Egyptians placed on death and the journey into the afterlife. The Book of the Dead was not one book initially; it was a series of spells that were later compiled, numbered, and ordered. The first and earliest set of spells were found on the walls in the pyramids—these are known as the Pyramid Texts. They were exclusively written for Pharaohs to join Ra in Aaru, or Paradise. The second set of spells were found in the tombs of the wealthiest class of society. They were primarily written inside the coffins of the deceased—these were called the Coffin Texts. The final set of spells are called the Saite Compilation. These were mainly written on papyrus and they extended to the servants and other commoners of Egypt.

The book is separated into four sections that deals with the different stages of the afterlife journey. In the first section, the soul and body enter the underworld. In the second section, the person learns about the origins of the gods, and their bodies are transformed, or readied, for resurrection into Aaru. In the third section, the soul travels across the sky and past the sun, and then down to Osiris in Daut, where they are judged by Ma’at’s scales of justice. Their hearts are weighed on a scale against a feather; if the heart is heavy with impurity, it is devoured by a beast called Ammut. Finally, if the soul passes the test, the soul ascends to Aaru to take his place as one of the gods.

The Egyptians took great care to make sure their dead were prepared for such a journey by using the process of mummification. The heart was considered to be the most important organ in the body, and so the heart was left in the body to be used in the scale ceremony to best determine the virtues of the deceased.