The short story, "Amigo Brothers" by Piri Thomas, is about two boys who have grown up together and are such great friends that they feel like brothers. Set in New York City, but heavily influenced by Puerto Rican culture, the story describes the two boys’ love of boxing. For both, boxing has been a way to escape the negative influences that frequently beset young men in the inner city.

When the two boys, Antonio and Felix, learn that they are to compete against each other in the biggest fights of their lives, they are conflicted. They are such good friends and they don’t want to hurt each other. They decide to fight each other without “pulling any punches”, and it doesn’t destroy their friendship. Despite beating each other quite severely in the match, they walk away from the fight, arm-in-arm, as the great friends they always were.

Student Activities for Amigo Brothers Include: 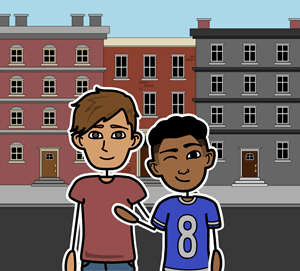 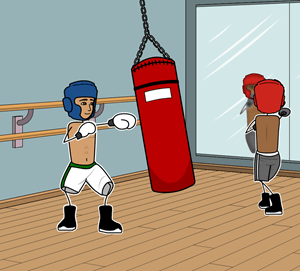 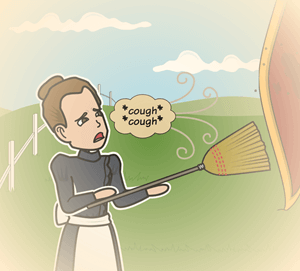 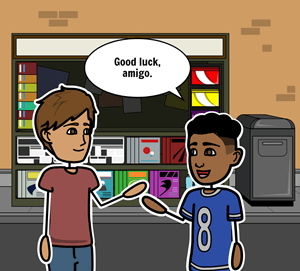 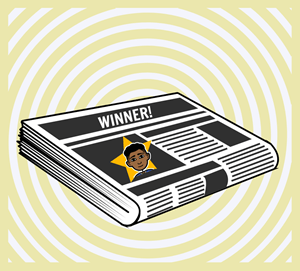 Antonio Cruz and Felix Vargas are seventeen-year-olds who have grown up best friends in New York City. They are boxing fans and have trained for years in the sport. They are each other’s best sparring partners. Though they are completely different in their appearances (Antonio is lean and slick, while Felix is stocky and muscular), they both have the same training ethics and dreams of fighting greatness.

Each boy has been quite successful, with gold medals to prove it. After a series of fights, the two boys are informed that they are set to fight each other. They continue to train together, but they sense something starting to come between them. Neither wants their fight to impact their friendship.

After a week, Felix asks how they should deal with their upcoming fight. How are they supposed to fight each other, possibly hurting one another, each wanting to win, and still remain friends? They mutually decide that they will be professional about the fight, as they each want to win. They won’t restrain themselves, but neither will they hold anything against the other. They also decide that with only a week left, they should train separately. They hug goodbye and don’t see each other until fight day.

The night before the fight, trying to forget that each might hurt his friend, they each take some time to relax and prepare in their own way. Antonio goes up to the roof of his tenement building and looks at the city. When thoughts of his best friend start to creep in, he does some shadow boxing and footwork. He practices away his worries and goes to bed, dreaming about the opening bell. Felix, relaxes and tries to remove the worrisome thoughts by watching a movie about boxing. He starts seeing himself and Antonio as the characters. He is able to imagine himself as the winner. He goes to bed and sleeps restlessly.

The morning of the fight, the boys are in the right mindset. Neighborhood residents like and respect both boys, and the fight brings people together with excitement. Antonio and Felix go round after round, each with a very different fighting style, and each knowing the other, inside and out. The fight goes on and on, and each boy takes a beating. By the end of the story, the boys have fought three rounds and ignored the final bell, wanting to have a winner by knockout. As the announcer goes to say who the winner is, the boys walk out of the ring, arm in arm.