What happens when a simple idea takes over an entire school and town? Ask Nick Allen, a quick-witted fifth grader at Lincoln Elementary School. After an attempt to waste time and provoke his new language arts teacher, Nick gets assigned a report on the history of the dictionary. This research sparks an idea to invent a new word: “frindle”. What was once an innocent idea spreads like wildfire until the word no longer belongs to Nick, and there’s no way for him to stop it. Students in Grades 3-6 will be laughing and smiling all the way through this imaginative and relatable tale.

Student Activities for Frindle Include: 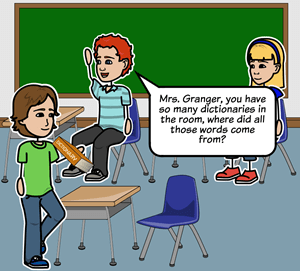 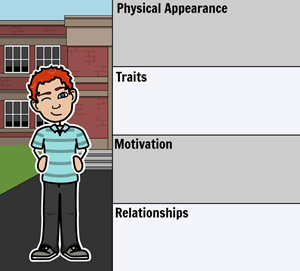 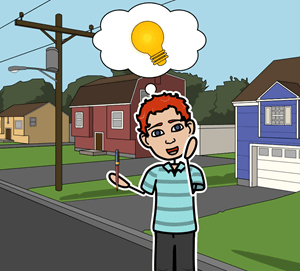 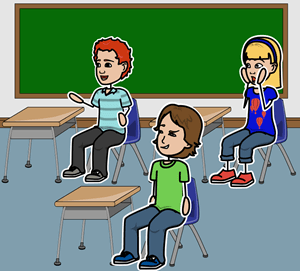 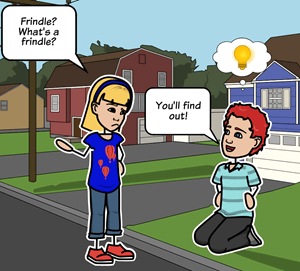 Nick Allen is a unique fifth grade student at Lincoln Elementary. Nick isn’t necessarily a troublemaker, but he is full of wild ideas and is daring enough to try them out no matter what the consequences. As Nick begins fifth grade, he knows things will be tough in Mrs. Granger’s class. Everyone knows she has X-ray vision, worships the dictionary, and has the longest weekly vocabulary list.

On the first day in Mrs. Granger’s class, Nick decides to pull a classic move to kill time and asks a lofty question about where all words come from. Mrs. Granger won’t be manipulated so easily, and she assigns him an oral report on the dictionary and the origin of words. As Nick reluctantly completes his report, an idea begins to form. What if he could create a new word?

Soon, Nick’s new word, “frindle”, has completely replaced the word “pen” in his classroom. Mrs. Granger thinks this disrespects the history of the word pen, and she won’t allow it. She even keeps students in for detention daily to try to thwart the rapidly growing popularity of the new word.

Mrs. Granger’s reaction only makes the word’s power stronger, and the quirky story of the boy who created a word gains national attention. After a visit from the principal to Nick’s house, Nick realizes that even if he wanted to, he can’t stop the word from spreading. It is out of his hands. He appears on national news, and merchandise is being created to make money off of the new word. A trust is even set up in Nick’s name for some of the profits from the popular frindle merchandise made by one of Mr. Allen’s longtime friends.

Unfortunately, Nick’s creativity and spontaneity is affected by his word’s success. As he nears the end of fifth grade, he isn’t sure if he wants his ideas to spread anymore, so he stops trying them out. Even Mrs. Granger notices that he has lost some of his spark. She encourages him to keep on dreaming up ideas. Nick takes Mrs. Granger’s words to heart and slowly returns to his normal self.

The book concludes by flashing forward ten years to a successful Nick Allen, who becomes quite wealthy with his frindle trust fund. He receives an unexpected package from Mrs. Granger with the note she wrote to him ten years ago and a new dictionary – updated to officially include the word frindle. He also receives her favorite ballpoint pen, engraved with the word frindle. Nick realizes that Mrs. Granger was rooting for him and his word the whole time and she played an important role in his success.

In a final heartwarming touch, Mrs. Granger receives her own surprise: a college scholarship in her name, paid for with frindle money, and her own engraved pen that reads, “This object belongs to Mrs. Lorelei Granger and she may call it any name she chooses.”