In 1630, about ten years after the Pilgrims traveled to the New World, a group of people called the Puritans made their own voyage from England. The Puritans believed that the Church of England needed to be purified and that it embraced too many Catholic beliefs. Rather than try to change the church in England, they traveled to find a place where they could set up their own church and run it their own way. Led by a man named John Winthrop, the Puritans settled near what would become Boston. They called it the Massachusetts Bay Colony. 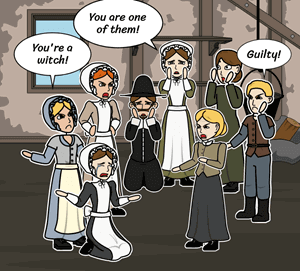 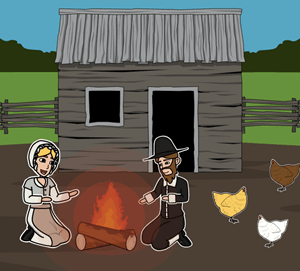 The Puritans and Massachusetts Bay Colony

During the 1620s and 1630s, the Catholic archbishop wiped out Puritanism in England. In 1630, approximately 1,000 Puritans came to the New World in search of a place to set up a church that was pure and free of Catholic beliefs and centered around the Protestant belief system. They traveled on 11 ships and were led by John Winthrop, who served as the governor of the new colony called the Massachusetts Bay Colony.

The Puritans had a very strict belief system. For example, they believed that priests should not be the only ones to study and know the Bible, and instead all Puritans should spend Sundays only reading the scriptures and thinking about God. They also believed that Puritans were far better than anyone else and are the only people who have any hope of going to Heaven. If anyone acted outside of these beliefs, they were controlled by the devil.

The Puritans believed that everything should be plain. Women wore long, loose dresses, a long woolen or linen gown, and then an apron over all of that. They always wore their hair up tightly with a coif (a fabric hat) to cover it, and long woolen socks. The men’s clothing was made of linen or wool, and was typically white, brown, or black. They wore loose shirts, pants that only reached their knees, and a sleeveless jacket. They also wore wide brimmed hats and leather shoes. Children began dressing as adults by the age of 7.

After the initial settlers arrived, many more people came to the New World over the next ten years; this is often referred to as the Great Migration. During this time, around 20,000 Puritans moved to New England from England, and the population grew immensely. Since the Puritan rules were so strict, if people disagreed or broke those rules they were forced to leave the colony. Roger Williams, the founder of Providence, Rhode Island, was one of these people. A very famous historical example of people disobeying the Puritan way of life is the Salem Witch Trials in 1693.

The Puritans’ arrival in Massachusetts is a rich part of American and Massachusetts history. The following activities will help students understand the background of how Massachusetts became a colony, how its first settlers lived, and what they believed.

Essential Questions for The Puritans and Massachusetts Bay Colony