Walt Whitman’s 1865 poem “O Captain! My Captain!” is one of the best-known American poems of the 19th century. The poem is an elegy, memorializing Abraham Lincoln, America’s sixteenth president. Although Lincoln is never directly named in the poem, he is alluded to through the poem’s extended metaphor. Students reading the poem will learn to decipher the figurative language throughout in order to understand the poem’s literal meaning. In addition to learning about elegy and extended metaphor, students will be able to analyze Whitman’s sound devices, diction, and unique poetic structure.

Student Activities for O Captain! My Captain! Include: 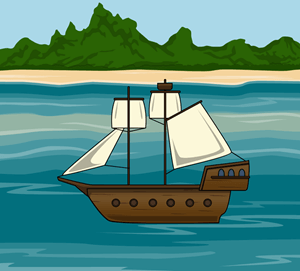 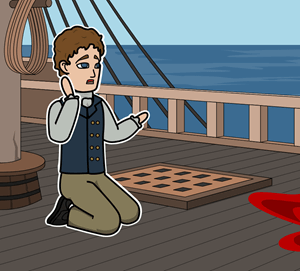 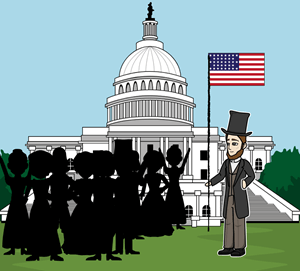 Although, on the surface, “O Captain! My Captain!” depicts the death of a ship’s captain, it uses an extended metaphor to describe Lincoln’s passing and its effect on his supporters. Students may benefit from discussion of the term extended metaphor before beginning the poem. The poem also contains a few nautical terms that students might need defined, and younger students may need a reminder about the use of poetic contractions in words such as “ribbon’d” and “weather’d”.

In Robert Frost’s poem, “The Road Not Taken” for example, the road is a metaphor for life. As the poem continues, the fork in the road represents a choice in life, the new-fallen leaves represent fresh opportunities, and so on. The road is the general topic of comparison, but the fork and the leaves are the more specific aspects explored. To understand an extended metaphor, readers must understand the intended meaning behind each smaller comparison within the main metaphor. Extended metaphors are sometimes referred to as conceits, particularly in the complex poetry of the 17th century.

To properly understand this poem, students must also be aware of the basics of the American Civil War and Lincoln’s assassination. During the Civil War (1861-1865), Northern states fought against Southern states in response to the South’s attempt to secede from the union. While slavery was at the heart of the South’s desire for independence, Whitman’s poem does not mention this issue. Instead, it focuses on one of the main reasons Northerners fought in the war: the preservation of the union. In 1861, the United States had only been in existence for about 85 years. Much of the world still regarded America as the “great experiment” in democracy. For the nation to split into two so soon after its creation would signal a failed experiment and national humiliation. In “O Captain! My Captain!” Whitman’s depiction of Lincoln’s heroism is based on Lincoln’s success in preserving the union, or bringing the “ship of state” safely to port.

After a bloody war, which cost the lives of over 620,000 men, Confederate General Robert E. Lee surrendered on April 9, 1865. Just six days later on April 15, 1865, Lincoln was shot by Southern sympathizer John Wilkes Booth. This tragic assassination was a shock to the already struggling nation. Walt Whitman, a Northerner and supporter of Lincoln, was devastated by the president’s death. His poem, written in first person, shows a very personal reaction to the tragedy. This personal perspective puts the reader in the position of a witness to the tragedy and strengthens the emotional appeal of the poem.