Roll of Thunder, Hear My Cry by Mildred D. Taylor

Roll of Thunder, Hear My Cry by Mildred D. Taylor tells the story of the Logan family as they try to keep their land in a predominantly-white, rural town in Mississippi. Young Cassie Logan struggles with the way things are, and the way things should be for black people in her community. Mildred D. Taylor won the Newbery Award in 1977 for this work of historical fiction, which is based on the experiences of her own family.

Student Activities for Roll of Thunder, Hear My Cry Include: 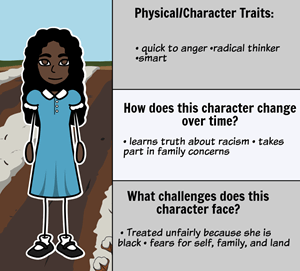 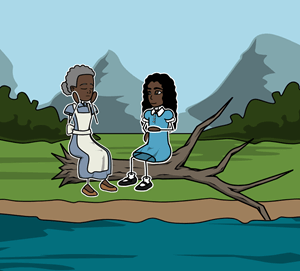 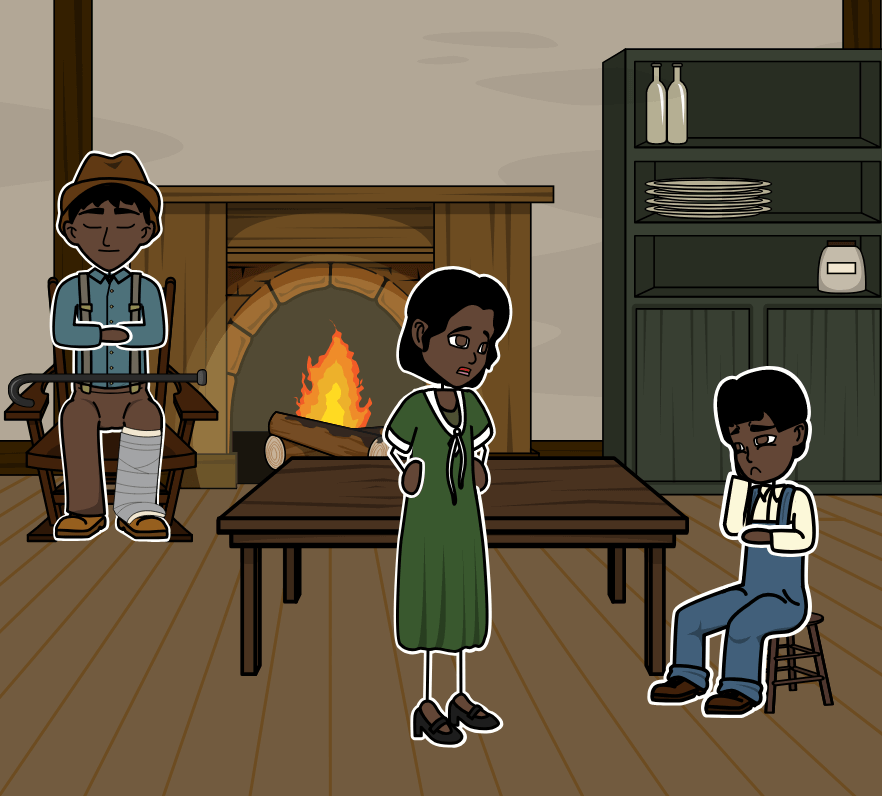 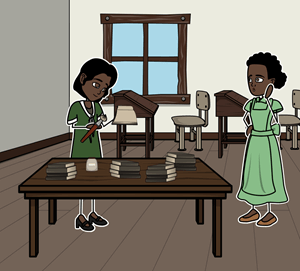 Essential Questions for Roll of Thunder, Hear My Cry

Buy Roll of Thunder, Hear My Cry by Mildred D. Taylor on Amazon

Cassie and her brothers, Stacey, Christopher-John, and Little Man, live in Great Faith, Mississippi in 1933 with their mother, and grandmother, Big Ma. Their father works on the railroad to make money to pay the taxes for their land and doesn’t always stay at home. Her family is black during a time of segregation, racism, and injustice; black people are viewed by the local society as second-class citizens, and some individuals are even more hostile.

While the black students are not provided with a bus and have hand-me-down school supplies, the white students receive everything they need. The white bus driver torments black children as they are walking along the road by stirring up dust or spraying them with mud.

The two Wallace brothers pour kerosene on Mr. Berry and his nephews and set them on fire because one supposedly made advances toward a white woman. One nephew dies, and the other two are severely burned. The Wallaces brag about the horrible act among their friends, but are not arrested, despite a man dying.They allow kids to drink and dance behind their store, and laugh at the kids who come. Mama forbids her children to go to the store.

Stacey and T.J. are in Mama’s class at school, and T.J. wants Stacey to help him cheat during tests. Stacey refuses and confiscates one of T.J.’s cheat sheets, but Mama catches him and whips Stacey in front of the whole class. Stacey confronts T.J. behind the Wallace’s store and they fight, but it is broken up by Mr. Morrison.

After Stacey and T.J.'s fight near the Wallace's, Mama brings the children to the Berrys’ house, where they find Mr. Berry severely disfigured by the fire. Mama tells her children that the Wallaces are bad people for what they did to Mr. Berry and his nephews, and that’s why she doesn’t want them going to the store. Mama then tries to convince other black families of the town to boycott the Wallaces’ store. Because so many people are sharecropping farmers, they are very poor and dependent on the white landowners for credit. But with the backing of a white lawyer, Mr. Jamison, Papa and Mr. Morrison travel to Vicksburg to buy supplies for many families.

Cassie accompanies her grandmother on a trip to Strawberry, and she learns some very harsh truths about “the way of things”. A clerk in a store denies T.J., Stacey, and Cassie service because it is more important for him to wait on the white customers. Cassie loses her temper and yells at the clerk, but only succeeds in being ejected from the store. A girl named Lillian Jean bumps into Cassie, demanding that she apologize and walk in the street. Mr. Simms comes along and forces Cassie to apologize, and Big Ma doesn’t stand up for her. Cassie is furious, ashamed, and hurt. Stacey and Mama both try to explain to her that Big Ma only did what she could to keep Cassie safe, even though she doesn’t like how things are either.

Harlan Granger has been angling to buy the Logan land, and is upset that the Logans have forgotten their "place" by stirring up trouble with the Wallace boycott. Mama is fired from her job, Papa is shot on one of his trips from Vicksburg, and suddenly the property mortgage becomes due in full. They turn to Cassie’s uncle, Hammer, for help. Hammer sells his car to get enough money to save the land.

T.J. has lost his friends by cheating on the test and informing on Mama’s teaching. He starts hanging out with R.W. and Melvin Simms, but their younger brother, Jeremy, tells the Logans that R.W. and Melvin laugh at T.J. behind his back. T.J. tries to impress his old friends by bragging about his new white friends, but no one listens. Soon, the Simms brothers frame T.J. for a break-in and murder at the store in Strawberry. The Wallace and Simms brothers drag T.J. and his family outside of their house in the middle of the night and threaten to lynch T.J.

Cassie and Stacey, who went out to the Averys’ place, witness everything, and Cassie tells her father. Papa picks up the shotgun and starts toward the Averys’ to try and stop them, but Mama is frightened and worried, and wants him to find another way to stop it. The Logans soon find out that their cotton field is on fire, likely due to lightning strikes of the impending storm. T.J.'s lynching is abandoned as everyone - both black and white - works together to put out the fire in the cotton fields before it spreads to other properties. Cassie comes to realize that Papa started the fire and sacrificed part of their future profits from the cotton to avoid further bloodshed.