The Treasure of Lemon Brown by Walter Dean Myers

"The Treasure of Lemon Brown" by Walter Dean Myers is a story about Greg Ridley, who starts off having a bad day. Doing poorly at school, he is positive his dad is going to tell him he can’t play basketball for the team with whom he’s been dreaming of playing. Two nights after Mr. Ridley banishes Greg to his room to study, Greg decides to leave the house and just get away. He goes to an abandoned warehouse, where he meets Lemon Brown. Through his interactions with Lemon, Greg begins to reflect on his life.

Student Activities for The Treasure of Lemon Brown Include: 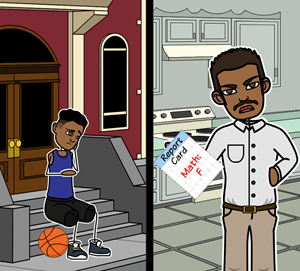 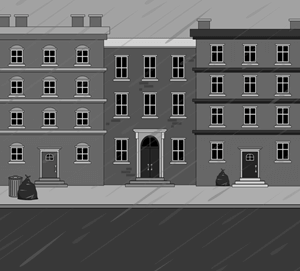 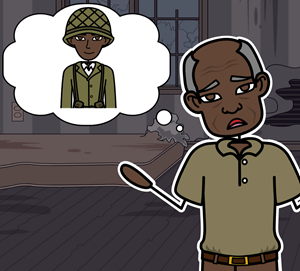 The Treasure of Lemon Brown Summary

Greg Ridley is failing math. His principal sends home a letter to his dad saying that he’s in danger of failing. Greg’s dad gives him a lecture and tells him he is crazy if he thinks he’s going to play basketball with grades like that. He sends Greg to his room to “hit the books.” Greg is devastated because playing for the Scorpions Community Center team is very important to him.

Sitting in his room, listening to a storm in the distance, Greg starts thinking about a pickup game he’d seen a while back in an abandoned warehouse. He decides to go there in the hopes of getting into a game. When he gets to the warehouse, he enters and looks around. It is dark with only the light from a few passing cars. Greg is aware of something in the room with him, and is scared. Suddenly Lemon Brown speaks up, saying he doesn’t have anything for him, and that he has a razor that could cut him up. They wind up talking for a while. Greg wants to know about Lemon’s supposed treasure. Lemon doesn’t have time to explain to him.

A group of thugs come in and toss the room, looking for Lemon and his “treasure.” Lemon and Greg quietly run from room to room, hiding. Suddenly, as they are trapped in an upstairs room, Greg howls like a wolf. Lemon throws himself at the attackers at the top of the stairs, and they all tumble down the stairs. Only Lemon returns, though he is bumped and bruised.

Greg and Mr. Brown begin talking. Lemon tells Greg of his past accomplishments as “Sweet Lemon Brown - Blues Singer and Harmonica Player.” He’d been quite famous. He had also had a wife and son, but when his wife died, his sister-in-law took the boy in. Lemon didn’t really see much of him after that. His playing wasn’t as good, once he lost his reason for playing.

Then he found out that his son had gone off to war and died. When they found his body, he was carrying his dad’s old “mouth fiddle and these clippings” of when Lemon had played. That had been his son’s treasure, and when Lemon got them back and realized that his son loved him enough to carry them everywhere he went, the clippings became his treasure. Lemon also says that every man has a treasure. With the thugs chased off, and Lemon’s story told, the rain ends and Lemon tells Greg he ought to be on his way home. Greg agrees and walks home. When he reaches his stoop, he thinks about the lecture his dad is going to give him. Somehow, it makes him smile. He has learned something important from Lemon. He has a new appreciation for his dad, and all his dad does for him.

Essential Questions for "The Treasure of Lemon Brown"