Tops and Bottoms by Janet Stevens

Tops and Bottoms, by Janet Stevens, is a trickster tale that will capture the attention of young readers. Clever Hare solves his family’s problems by tricking Bear. Bear and Hare get involved in a gardening business where Hare’s tricks and hard work allow him to reap all the vegetable profits, while Lazy Bear sleeps through every planting season and doesn’t make any profits. Students will learn the value of hard work and doing things for yourself!

Student Activities for Tops and Bottoms Include: 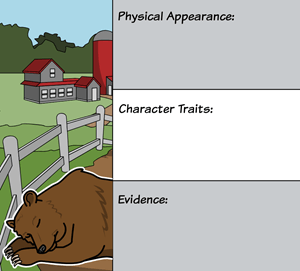 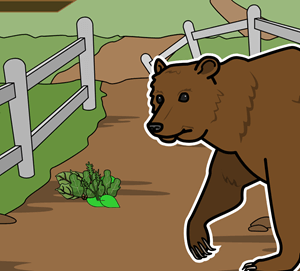 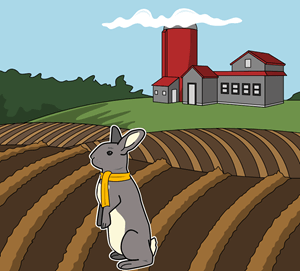 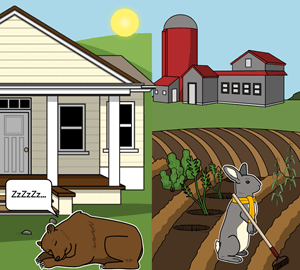 A Quick Synopsis of Tops and Bottoms (Contains Plot Spoilers)

Bear is lazy. His father, being a smart business bear, gave Bear all his money and land, but all Bear wanted to do was sleep, all the time!

Hare lived down the road from Bear. He and his family were in very bad shape. Hare had lost a bet to a tortoise and had to sell his land to Bear to pay off his debt. They had no money and the children were starving, so Hare and his wife came up with a plan.

Hare went to see Bear, who was, of course, asleep. Hare said he and his family would plant, harvest, and do all the work on the farm, if they could use Bear’s field. Then when the crops were ready they would split it 50/50. With the condition that Bear would get the top half of everything, Bear agreed.

Bear went back to sleep and Hare and his family went to work. Harvest arrived, Hare woke up Bear and then he dug up the radishes, carrots, and beets. He pulled off all the tops and tossed them in a pile for Bear and the bottoms for himself. Bear knew he had been tricked; Hare had a wonderful pile of vegetables, while he had a pile of useless tops. He ordered Hare to plant again, this time he would get the bottoms and Hare would get the tops.

While Hare’s family worked planting the second round of crops, Bear slept. When it was time for the harvest, Hare woke up Bear. Hare piled up lettuce, broccoli, and celery for his pile and tossed the bottoms into Bear’s pile. Bear looked at his pile and was furious because he had been tricked again. He ordered Hare to plant the crops again but this time he would get the tops AND the bottoms.

Bear was asleep again while the Hare family planted, watered, and weeded the third round of crops. Harvest arrived and they brought in what they had planted, cornstalks. Hare pulled off the roots at the bottom and the tassels at the top, putting them in a pile for Bear. Then he collected the ears of corn in the middle and put them in his pile. Bear was really awake now and told Hare that he would plant his own crops from now on, so he could keep the tops, bottoms, and middles.

Bear never slept through another planting season, and Hare was able to buy his land back from Bear and open a vegetable stand. Bear and Hare learned to live happily as neighbors, but they never became business partners again.


Essential Questions for Tops and Bottoms

Buy Tops and Bottoms by Janet Stevens on Amazon

Other activities could include: