We are the Ship: The Story of the Negro League Baseball by Kadir Nelson

We are the Ship: The Story of the Negro League Baseball by Kadir Nelson tells the story of this historic organization from the very beginning. From the 1920s through the late 1940s, this baseball league gave rise to Jackie Robinson and many other notable players.

Student Activities for We are the Ship Include: 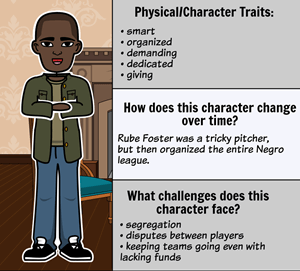 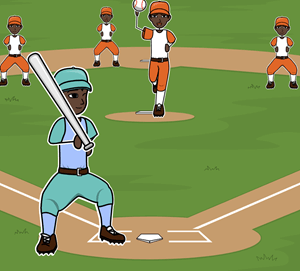 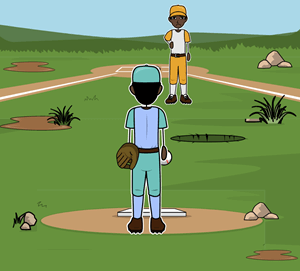 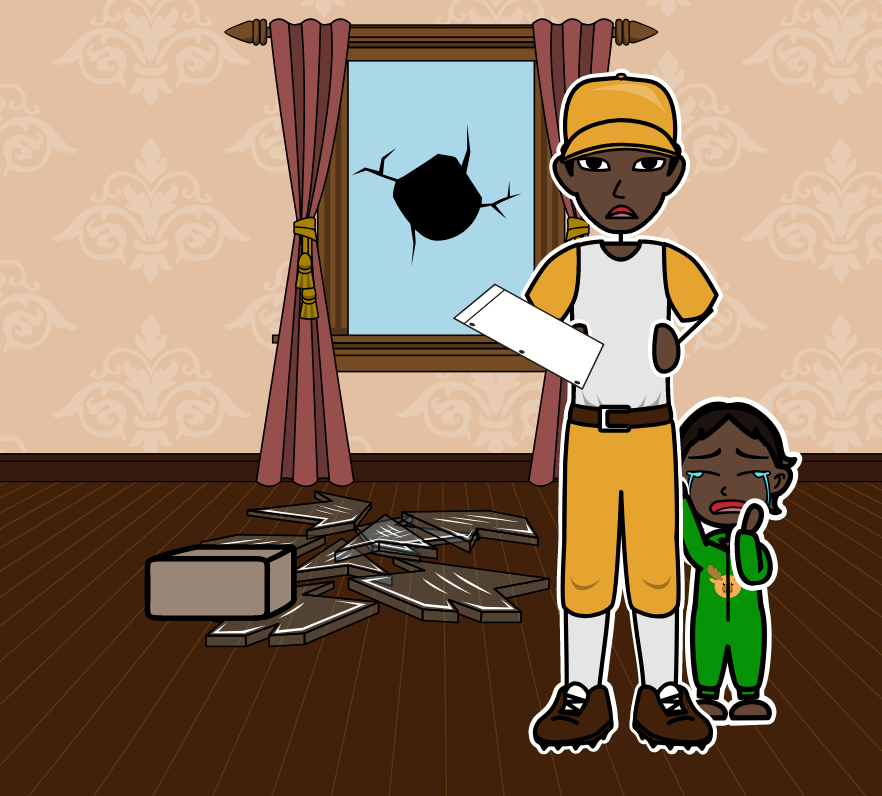 Short Answer to a Prompt 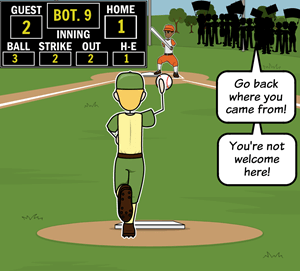 We are the Ship: The Story of the Negro League Baseball Summary

Baseball is believed to have been invented in the 1800s; in the mid-1860s, most professional teams had only white ballplayers. Negroes who did play were often mistreated, and by the late 1800s were banned from playing professional baseball altogether. In the early 1900s, Negro teams began growing all over the Northeast and the South.

Andrew “Rube” Foster was a manager and player who ran his club, the Chicago American Giants, like a major league team. After this success, Rube decided to organize an entire Negro baseball league that would be competitive with the major leagues; he wanted there to be the American League, the National League, and the Negro League.

Rube called together all of the owners of black baseball teams to agree on rules and standards in order to eliminate the player raids and poor conduct on and off the field. It was so successful that white owners of Negro teams began forming rival leagues of their own.

Playing in the Negro League wasn’t easy; umpires made a lot of mistakes and fights broke out during close games. Some players carried guns in their uniform for protection. Some players clowned around so much on the field, it was like they were in the movies, and nobody kept accurate stats on the players.

Traveling was also very difficult. Negro League players traveled in buses and because of segregation, players were not able to get water, buy food, or shower before driving to the next town. Players slept in the bus or ate from the hot dog stand before the game. The fields themselves were in poor shape, but players looked past it because they loved the game so much.

In 1929, the U.S. stock market crashed, causing the Great Depression. The Negro National League fell apart, and Rube Foster passed away. Many people lost their jobs, and most people did not make any money; however, “numbers men”, or racketeers, were able to make money illegally playing the “numbers” game, now known as the lottery.

Gus Greenlee was the king of the numbers game in Pittsburgh. He decided to get into the baseball business and picked up where Rube left off; he reorganized the whole Negro National League and bought a team for himself. His team had five players who wound up in the Baseball Hall of Fame and were unbeatable, until Greenlee got into trouble with the law because of his numbers game.

Many people don’t realize just how many great ballplayers there were in the Negro League. A few famous players such as Satchel Paige, Josh Gibson, and Cool Papa Bell, might sound familiar, but there were many who never received the recognition they deserved.

In Latin America, baseball was also very popular; managers treated their players very well and there was no segregation. Players from the Negro Leagues would play a season in Latin America, but would often become homesick and return home.

When the Negro Leagues played the White Leagues during the off-season, they had to be very careful: they couldn’t win by too much, or else they wouldn’t get paid; the fans could say whatever they wanted, but the players couldn’t do anything in retaliation; and many of the umpires cheated, or were just terrible at calling the game. However, the ballplayers understood each other and could shake hands and look each other in the eye at the end of the game because they knew they were equal men.

In 1941, Americans entered World War II and many of the players were drafted. The military was also segregated and most blacks were not sent to battle; instead, they provided entertainment or did the cooking. When they returned, crowds became larger. More people were attending the Negro League games than the major leagues, which caught the attention of major league owners who were thinking of integrating baseball.

It seemed like the major leagues would never sign a Negro ballplayer until commissioner A. B. “Happy” Chandler made a statement about allowing blacks to play in the majors. He only lasted a few years, but he paved the way for Branch Rickey to take a chance on a Negro ballplayer. The only question now was, “Who would be the first to go?” They chose Jackie Robinson for his baseball skills, as well as his ability to keep his cool. There were mixed feelings among the Negro ballplayers about Jackie Robinson being chosen. In the majors, people treated Jackie Robinson very poorly; people spit at him, sent him death threats, and even threatened to kidnap his son. Still, Jackie remained calm, so as not ruin the chance for others to play in the majors. Jackie Robinson passed away at the very young age of 53; however, he changed the face of baseball and brought the country closer to accepting Negroes as first-class citizens.

As ballplayers joined the major leagues, the Negro League began to diminish, and by 1960 it was gone. The Negro League players who did not make it to the majors felt fortunate that they were able to get paid to do something they loved, and are proud to have led the way for guys like Jackie Robinson who did make it.


Discussion Questions for We are the Ship: The Story of the Negro League Baseball

Buy We are the Ship: The Story of the Negro League Baseball by Kadir Nelson on Amazon