Inspire and engage your students during a unit on Epic Narratives and Beowulf by bringing the story to life. These activities will help your students grasp the plot of Beowulf in no time! Written somewhere around 1000BCE, the epic poem is set in Scandinavia and has been the inspiration for many stories and movies in modern day. Many students may already be familiar with the story, or at the very least have encountered allusions to Beowulf and his exploits in other media.

Student Activities for Beowulf Include: 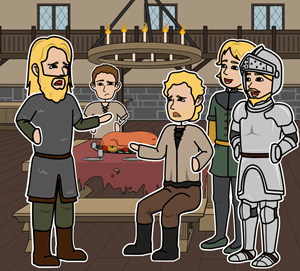 Elements of an Epic 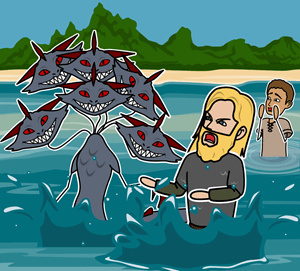 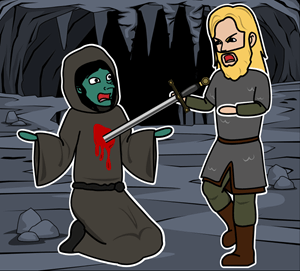 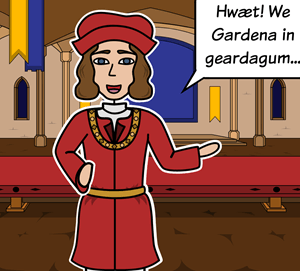 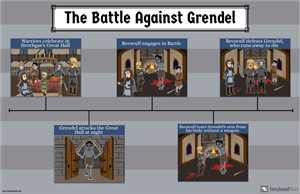 In the lands of the Danes (modern-day Denmark), a terrible beast, Grendel, plagued the kingdom of Hrothgar and his people. The Danes suffer for many years until a young, Geatish warrior named Beowulf takes on the challenge of defeating Grendel. He sails with his men to Heorot, and is thrown a great feast on his arrival.

Although many are joyous at his arrival, one jealous Dane denounces Beowulf and his reputation, at which point Beowulf boasts about his accomplishments, his victories, and gives descriptions of stories from the war.

After the celebration, Grendel arrives and Beowulf fights him barehanded. When others try to aid him, they find their swords cannot harm the creature. Beowulf defeats Grendel by tearing his arm off and hangs it as a trophy in the great hall of Heorot for all to see.

The mortally wounded Grendel has retreated to the marshes to die. His mother, a swamp hag, is now enraged. She kills Hrothgar’s most loyal warrior before returning to her lair.

Beowulf, Hrothgar, and their men, track Grendel’s mother, and Beowulf swims into the hag's underwater lair alone. Grendel’s mother appears to be winning against the Geat, but he stabs her with a sword found in the lair. Before leaving, he finds Grendel’s body at the bottom of the swamp and cuts off his head as a trophy for the king.

Years later, our hero ascends to the throne of his homeland where he rules wisely for over 50 years. When a would-be thief disturbs a dragon, it threatens his land. Knowing he has lived a full life and seeing his death before him, Beowulf charges into the action and defeats the dragon, but not before being bitten in the neck. The dragon’s venom kills him, and according to legend, his body is burned on a great funeral pyre, and a burial mound is built for him overlooking the sea.