A Separate Peace by John Knowles

This novel delves into the topics many contemporary teenagers face, including internal conflict struggles with identity, the complexities of friendship, and the realities of peer pressure. This is what makes John Knowles’ work relatable today and a great piece for character analysis in relation to real-world scenarios.

Gene and Finny, two 16-year-old boys at an elite boarding school in New Hampshire, are dealing with teenage obstacles and their inevitable draft into the armed forces during World War II. Gene is insecure about who he is, and who he wants to become. This leads him to project many of his insecurities onto his best friend Finny, and ends up destroying Finny in the process. While the backdrop of World War II is very real for Gene, it coincides with his own war: the war against the enemy within.

Student Activities for A Separate Peace Include: 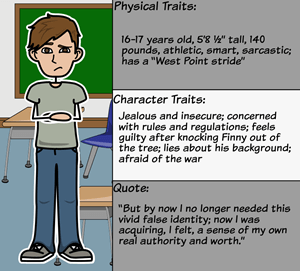 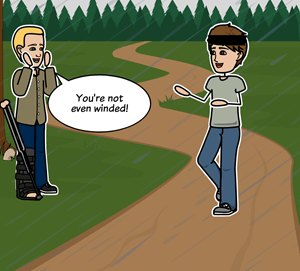 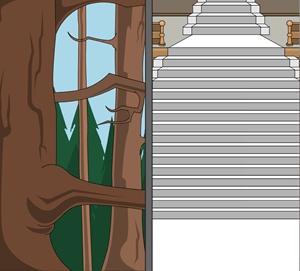 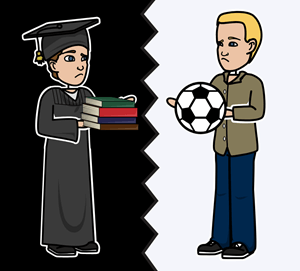 Gene as a Friend

Essential Questions for A Separate Peace by John Knowles

Buy A Separate Peace by John Knowles on Amazon

The novel begins with Gene Forrester visiting his high school, the Devon School, in a small town in New Hampshire 15 years after his graduation. He has come to visit two specific sites: the marble stairs in the First Academy Building, and the tree that juts out over the Devon River. The novel flashes back to 15 years ago, during a special Summer Session instituted to fast-track the boys into World War II. It turns out that the tree once had rungs in it that allowed the boys to climb the tree, walk out onto a branch, and jump into the river. Finny, Gene, a boy named Elwin “Leper” Lepellier, and others are at the tree to jump. Finny goes first, and Gene, feeling pressured, follows suit.

Finny is brutally honest, has no use for rules or regulations he views as a waste of time, and he is naturally graceful and athletic. Finny thinks of Gene as his best pal, but Gene, slightly jealous of Finny and ever-suspicious of others’ intentions, doesn’t understand how genuine Finny’s affection for him is. Finny is constantly distracting Gene from his studies by coming up with new and exciting activities to do instead, and Gene begins to wonder if this is on purpose. He wonders if Finny is in a competition with Gene, athletically and academically. This thought begins to warp Gene’s perspective of Finny, and causes him to make assumptions about Finny’s character that are unfounded.

Gene soon realizes that he is wrong when Finny explains that he thought Gene’s smarts came naturally to him, much like athletics come naturally to Finny. Gene’s mistake eats away at him, and he can’t believe how wrong he has been about Finny. At the tree, Gene does something he doesn’t really understand: during what was supposed to be a double-jump from the tree, Gene jostles the limb while Finny is moving out toward the river. Finny loses his balance and tumbles out of the tree, landing on the bank below.

Finny’s leg is shattered, and he will be lucky to be able to walk again, let alone play sports. Gene is consumed by guilt, and resolves to visit Finny’s house in Boston and to tell him the truth on his way back to Devon after going home for the end of summer. At Finny’s house, Gene confesses that he deliberately jounced the limb so that Finny would fall. However, the pain he causes Finny with such a revelation causes Gene to immediately backtrack and blame his confession on a lack of sleep.

Back at Devon, Gene feels like peace has deserted the campus because Finny is missing. Finny calls Gene shortly after his arrival at the school and tells Gene that since he can’t play sports anymore, Gene will do it for him. This finally gives Gene a way to try to make up for what he’s done to Finny.

Brinker Hadley, a leader in the class, suspects Gene’s role in Finny’s injury. He even brings him down into a “mock trial” in the Butt Room (smoking room). On their way to shovel snow off of the train tracks to get the troop trains moving, Brinker and Gene run into Leper, who is off cross-country skiing. Leper is disconnected from the business of war, and is known as a “naturalist.” He clearly marches to the beat of his own drum, and Brinker mocks him. After shoveling the tracks, Brinker brings up the idea of him and Gene going to enlist tomorrow. Gene agrees, but arrives at his dorm to find Finny back at the school and changes his mind.

As Finny reacquaints himself, he reveals his newest ideology: that there is no war, that it’s all just something that’s been made up by fat guys in suits. Gene starts to go along with Finny’s ideology because it’s an escape from the coming reality of war. During this time, Leper is enraptured by a recruiting video of ski troops and decides to enlist. The boys begin to make up stories about Leper being a spy, and being a hero in various campaigns that were being reported in the newspapers. At the end of the Winter Carnival, however, Gene receives a cryptic letter from Leper that says he has “escaped” and gone home. Gene goes to see him at his house in Vermont.

Leper is different, changed. Gene finds out that Leper was going to be given a Section Eight discharge, reserved for the mentally ill. Leper reveals that he was having hallucinations in boot camp and he couldn’t handle the rigid routines. He was a naturalist, not a soldier. So Leper has “escaped”, or gone AWOL, from the Army. Gene cannot believe what the service has done to Leper’s psyche, and he doesn’t want to see it anymore because he knows now that the service, or the war, could do the same thing to him. Leper also reveals that he watched Gene jostle the limb and knock Finny out of the tree. Leper calls Gene what he’s thought about himself deep down inside: a “savage underneath.”

Back at school, Brinker and some other boys drag Finny and Gene out of bed in the middle of the night and they stage a “formal trial” about Finny’s accident. Finny is incredulous at first, and angry that they would suggest that Gene would have done such a thing on purpose. Then, they drag in Leper to give his testimony. At this, Finny can no longer stand listening because he is so upset to have to confront the reality that his best friend did actually do something to hurt him. He gets up and runs out of the room, loses his balance on the marble stairs, and re-shatters his leg.

Gene wanders around the campus, lost. He finds his way to the Infirmary and tries to get into the room through Finny’s window. Finny freaks out, wanting to know if Gene has come to break “something else in me”. The next morning, Gene brings Finny some clothes from their dorm, and Finny is much calmer. He just wants to know why Gene did what he did at the tree. Gene doesn’t really understand what would make him hurt someone else like that. Finny reveals that he has tried to get into every branch of the service, and they’ve all rejected him based on the injury to his leg. Gene tells him that he would have been terrible in the war, because Finny doesn’t believe in rules or taking sides. Gene tells Finny that an ignorance inside of him made him jostle the limb. Finny and Gene make peace with each other. Later that day, Dr. Stanpole performs surgery on Finny to fix his newly broken leg. Unfortunately, Finny dies during the surgery. With Finny’s death, the war that Gene had been fighting within himself dies too.

The end of the novel finds Gene and Brinker watching the war come to Devon’s campus as they are leaving, as the Parachute Riggers’ school moves in. Gene concludes that many people fight their own wars, and set up their own defenses that mirror the Maginot Line (an intricate ground defensive line set up by the French after World War I) to ward off the enemies of the world, when really, the enemy is within themselves. However, the only person who never had an inner enemy to battle was Finny. Only Finny had escaped this terror, this brokenness of character. He created for himself a peace separate from everyone else’s, and Gene soon finds that tranquility, too: a separate peace.