The Moon is Down by John Steinbeck

For those who are familiar with John Steinbeck’s most famous works, including The Grapes of Wrath and Of Mice and Men, it may come as a surprise that Steinbeck spent a good amount of time funneling his talents into writing propaganda for the Allied forces during World War II. This novel, which won the Nobel Prize for literature, is helpful in generating English class extension lessons on propaganda, resistance movements, and World War II.


Student Activities for The Moon is Down Include: 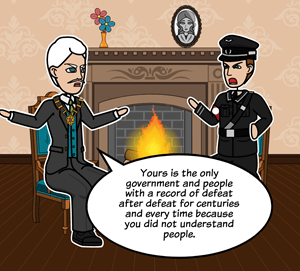 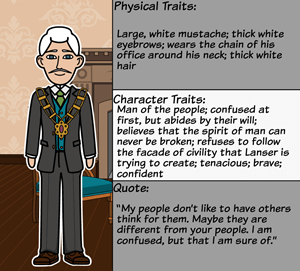 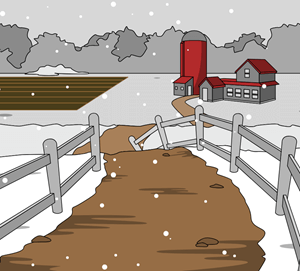 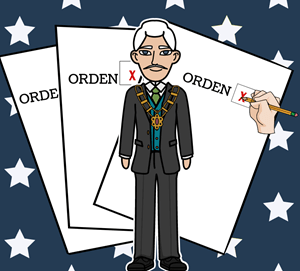 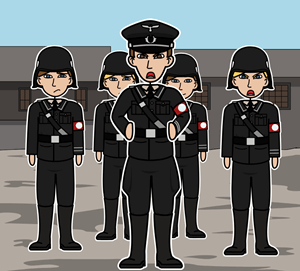 
A Synopsis of The Moon is Down (Contains Spoilers)

It was an easy takeover of a small town. Mr. George Corell seems to be behind it all: he took the policeman out fishing, and arranged to have the town’s 12 soldiers six miles away at a shooting competition. The soldiers came back and fired on the occupiers, but they were easily defeated. In a few short hours, the battalion was installed in Mr. Corell’s warehouse and Colonel Lanser was requesting an audience with Mayor Orden. Mayor Orden is the people’s mayor, and while he repeats many times that he is confused, he nonetheless is determined to abide by the will of the people. Colonel Lanser wants the Mayor’s cooperation, and he wants his palace for his staff. The five men working under Colonel Lanser’s command are not like the Colonel: most do not understand the brutality of war, because they have never seen it before. Lanser was a soldier during World War I, so he expects the worst, and he knows things can always get worse. Major Hunter sees his missions as engineering operations, rather than acts of war. Captain Bentick is too old to not have advanced to the next rank, but he lacks ambition. Captain Loft, on the other hand, is too young to be a captain. He lives and breathes the military, procedure, and rules, and is very ambitious. Lieutenants Prackle and Tonder are emotional young men who believe fully in the Leader’s system, never questioning it. Prackle is sentimental and loyal about his family; Tonder is a poet who longs to die heroically in battle.

George Corell comes to see Colonel Lanser at the Mayor’s house, wanting to be given the Mayor’s position. However, Lanser knows from experience that the townspeople will never cooperate if Corell is installed as Mayor because he is a traitor. Captain Bentick is killed when he intervenes in an attack against Captain Loft by a miner who shouts something about being a free man. Colonel Lanser knows the drill: execute the miner and create more enemies.

The man who killed Captain Bentick is Alexander Morden, Molly Morden’s husband. Joseph, Orden’s servant, also reveals that people are planning to kill Corell for his treachery. Molly comes to see the Mayor because she’s been told that he will sentence Alex, but Mayor Orden says that he will not do that because Alex has not committed a crime against their people. Lanser arrives to talk to Orden about holding a trial for Alex Morden, since it will help to maintain an air of civility in the town. However, the Mayor tells Lanser that he has no right to pass a sentence of death any more than Lanser does. Orden knows this is war, and that the occupiers don’t care about laws or civility. He and his people will not fall for these façades, and he insists that he will only condemn Morden if Lanser kills the twenty soldiers who killed six of his soldiers.

At Morden’s trial, Mayor Orden tells Alex that his sacrifice is as a martyr for the cause of freedom. Alex says that Captain Loft ordered him to work in the mine, but he is a free man, an alderman. As he is led away to the square to be shot, Lieutenant Prackle is shot in the shoulder through the window, and Colonel Lanser knows that the revolt is beginning. As the weeks wear on, a cold disobedience settles over the town. They must pretend to obey in order to receive food; however, sometimes machinery would break and not get fixed; sometimes avalanches would block the railroad tracks for the coal trains; sometimes the men made mistakes that delayed production. The men of the battalion become increasingly isolated and paranoid, because if they let their guard down for even a moment, they disappear. The initial love the battalion had had for the small, picturesque town has quickly faded, and they begin to detest and fear the people who surround them. The English step up their night bombing raids of the mine and the townspeople are all too happy to light up the mine for the bombers to target.

After more trouble, Captain Loft believes he’s come up with a solution: either the men do their jobs and mine, or their families will not eat. They’ll force the men to eat at the mine so that they will keep their strength up, but be unable to share portions with their families. All the while, Lieutenants Tonder and Prackle continue to wonder if they’ve won the war yet; all they want to do is go home. Some of the soldiers have already been sent home for going insane and are met with "mercy deaths." Tonder, near hysterics, tells Hunter, Loft, and Prackle that he had a dream where the Leader was crazy, and says that they are simply flies who have conquered the flypaper. Later on, this is turned into a song that people sing across the countryside in defiance of the occupiers.

Tonder, who has been eyeing the women around town, goes to visit Molly Morden just "to talk." Tonder wants some kind of human connection with a woman after so long, but Molly is cold to him because of Alex’s murder. She tells Tonder that she will sleep with him for the price of two sausages because she is hungry, and Tonder is horrified that she will not emotionally connect with him. He finally leaves, and Orden, Doctor Winter, and the Anders boys arrive. They are planning to kidnap Corell, steal his boat, and throw him overboard on their way to England. Orden asks the Anders boys to ask England to drop stashes of dynamite with their bombs. The townspeople will hide them, and use them on the enemy when they least expect it. During their meeting, Lieutenant Tonder comes back to Molly’s house. Molly picks up her knitting scissors and hides them in her dress before she goes to open the door. Later, it is revealed that she murders Tonder.

A few weeks later, the English drop packages of dynamite and chocolate for the townspeople. It turns into a giant Easter egg-like hunt, with men, women, and children furtively searching for the packages and then running off to hide them. Corell arrives and begins to recite his list of suspicions and evidence against Mayor Orden’s hand in helping people escape, including Tonder’s murderer, Molly. It seems that he escaped the Anders’ boys plans to kill him, and he has received some level of official authority from the Capital. Lanser places Mayor Orden and Doctor Winter under arrest, the two leaders of the town, in hopes of depleting the air of rebellion sweeping through the people with the arrival of the dynamite. He declares that any violence committed after 11 o’clock will result in their execution.

Mayor Orden and Doctor Winter discuss their arrest at the palace. Orden takes hope in Winter’s conclusion that even if the soldiers kill them, these are a free people – other leaders will emerge in their absence. Mayor Orden is a little nervous about his own death, though, he admits to Winter. The Mayor begins to recite from Socrates’ Apology, which emphasizes the idea that after the Mayor and Winter are killed, the enemy will face worse violence than they have inflicted. Lanser tries to appeal to the Mayor, to stem the violence that he knows will be inevitable if they kill the Mayor. Orden replies that, "The Mayor is an idea conceived by free men. It will escape arrest." At this, there is an explosion, which violates Lanser’s order. Orden finishes his recitation of Socrates’ Apology to Doctor Winter with the line, "Crito, I owe a cock to Asclepius. Will you remember to pay the debt?" Winter replies, "The debt shall be paid", continuing the idea that the fight against the occupiers for freedom will continue, and will be harsher than before.

After visiting Latin America in 1940, Steinbeck became increasingly concerned about the Nazi propaganda machine’s predominance in the world. A fierce patriot to his country, Steinbeck volunteered with governmental organizations, one of them a precursor to the CIA called the Office of Coordinator of Information (the COI). Intrigued by stories from refugees that Steinbeck met through his work with the COI, he decided he was going to write a propaganda novel that centered on underground resistance in a town in an ambiguous country that sounds a lot like Norway. In the end, the occupying force threatens to break the spirit of the townspeople, but the principles of democracy endure anyway. The title comes from a line in Macbeth, and reflects Steinbeck’s belief that the Nazis brought a darkness with them as they continued their territorial expansion across Europe. The novel won the Nobel Prize for literature, and became the most popular piece of banned propaganda in Axis-occupied Europe. At home in America, it generated a lot of controversy because it portrayed the occupying soldiers as human beings, rather than simple killing machines. However, John Steinbeck did not write the piece for Americans; he wrote it for the occupied, who would recognize the complexities of their oppressors in his depictions of the nameless force.


Essential Questions for The Moon is Down