The Unsinkable Wreck of the R.M.S. Titanic by Robert D. Ballard

Student Activities for The Unsinkable Wreck of the RMS Titanic Include: 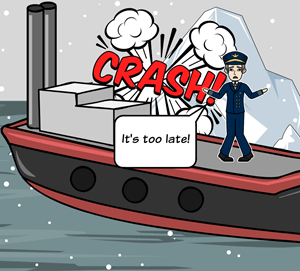 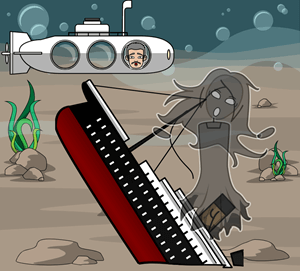 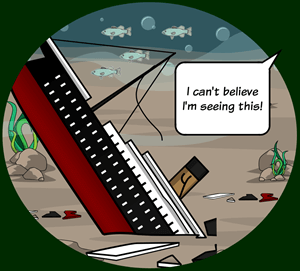 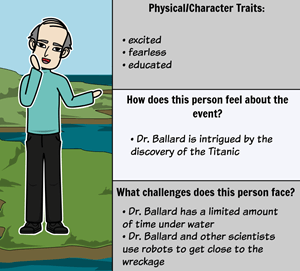 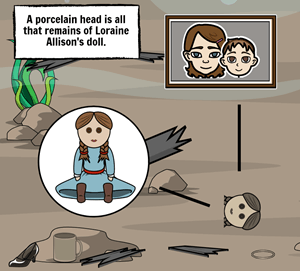 "The Unsinkable Wreck of the R.M.S. Titanic" Summary

In 1912, the Titanic was the largest, most luxurious ship the world had ever seen. Tragedy struck: the Titanic hit an iceberg and rapidly sank, killing over 1,500 people. From inside a cramped submarine named Alvin, the author, Dr. Robert Ballard, describes the excitement of exploring the sunken Titanic. The submarine crew were the first to see the Titanic’s deck in over seventy years.

The submarine sails along the deck of the ship, finding the location where Frederick Fleet had been working when he shouted, “Iceberg right ahead”. The pilot set Alvin gently on the liner’s bridge where the telemotor control, a steering mechanism, is still intact. It was here that First Officer William Murdoch had shouted, “Hard a-starboard!” in an attempt to avoid hitting the iceberg. The author thinks about Captain E.J. Smith being told the terrible news and realizing that the unsinkable Titanic was doomed.

The submarine lifts off the bridge and heads toward the stern. Here, the brass plate with the words “1st Class Entrance” can be seen. This is also where passengers loaded onto the lifeboats; the narrator thinks about how the lifeboats were launched with twenty-five people, even though they were designed to carry more than forty.

The stern is nearly two thousand feet away. Where the ship had broken in two, hundreds of objects are spilled out onto the ocean floor. Plates, champagne bottles with their corks, a porcelain doll’s head, and many shoes and boots. Dr. Robert Ballard describes the shoes and boots as being the most haunting of all; many were still in pairs where the body had fallen, but within a few weeks of sinking the corpses had been consumed by underwater creatures.

After two hours of exploring the remains of the Titanic, Alvin makes its two and a half mile ascent. Dr. Robert Ballard already feels impatient, and cannot wait to return to learn more of Titanic’s secrets.


Essential Questions for "The Unsinkable Wreck of the R.M.S. Titanic"