Frankenstein by Mary Shelley is often considered one of the first science fiction novels written, and at the very least, heavily contributed to the development of the genre. These lesson plans will inspire and engage students with this formative and detailed novel by creating visual storyboards that are not only fun to make, but also incorporate all four ELA Common Core standards.

Dr. Victor Frankenstein created a monster who killed and destroyed many of his family and friends. Near death, Victor recounts his story to stop others from making his mistake: searching for glory at all costs.

Student Activities for Frankenstein Include: 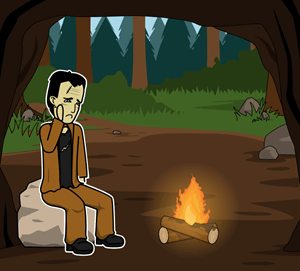 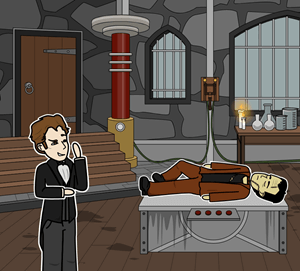 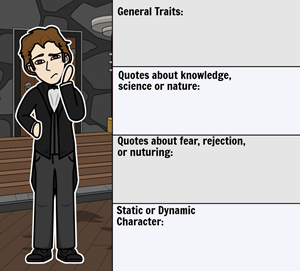 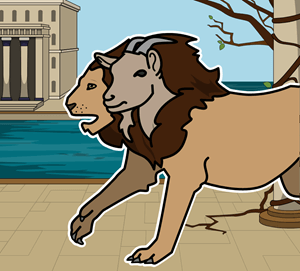 After creating a monster who killed and destroyed many of his family and friends, Dr. Victor Frankenstein has chased the creature to the North Pole, where he encounters a ship led by Captain Walton on an expedition. Near death, Victor recounts his story to Walton, to stop Walton from making Frankenstein’s mistake: searching for glory at all costs. The captain relays this story to his wife, in a series of letters.

Early Life: Victor is part of a well-to-do family in Geneva. He is the oldest son of loving parents, Alphonse and Caroline Beaufort Frankenstein. The altruistic family adopts Elizabeth Lavenza, an orphan. As Victor is about to go off to school, his mother dies of scarlet fever. Caroline’s dying wish for Victor is to marry Elizabeth.

Cut off from his family, and pouring himself into his work at Ingolstadt University, Victor Frankenstein learned the secret to creating life. After raiding graveyards for human limbs and organs, he builds a creature, and brings it to life. Beholding the result, Frankenstein runs from his creation in terror.

Soon after, he becomes sick. When he awakes, the monster is gone, to Victor’s relief. However, he hears that his younger brother, William, has been killed, and the family maid, Justine, is suspected. Victor returns home to Geneva and knows immediately that the monster, not Justine, is responsible for William’s death, but Victor does not say anything in fear that people would not believe him. Justine sentenced to hang.

While vacationing, Frankenstein discovers the monster has been following him. Confronting his creator, the creature tells Frankenstein how hard his life has been. He was forced to learn everything on his own. After some time, he took shelter in a small shed attached to the home of former French aristocrats. He observed them through a peephole and learned by watching them. He wants desperately to feel companionship, but is despised by humans because of his unnatural appearance. The monster sought out Frankenstein to make him a bride, so that he would not be alone. Williams’ death was caused by the creature out of spite, and the monster threatens to kill more people if he does not get his wish.

Under duress, Frankenstein agrees to begin working on a mate for the creature. However, he never finishes, breaking his promise. The monster kills his friend, Clerval, and vows he will see Frankenstein on his wedding day. Victor assumes he himself is the target, but the creature kills his wife, Elizabeth, instead. Victor Frankenstein is left as alone in the world, much like the monster he created.

Seeking revenge, Frankenstein follows the monster north. It is here he runs into Walton and the expedition. After telling the crew this unbelievable story, he dies. The monster comes in to pay his last respects, and tells Walton that he intends to set himself on fire.

In the end, Walton turns his expedition back, partially because his men tell him to, and partially to heed the moral of Frankenstein, and Shelly’s, story: some achievements are not worth the cost.