How the Camel Got His Hump by Rudyard Kipling

"How the Camel Got His Hump" from Just So Stories by Rudyard Kipling describes the humorous story of how the lazy Camel gains his hump. This is a perfect story for teaching a lesson about working hard and helping others.

Student Activities for How the Camel Got His Hump Include: 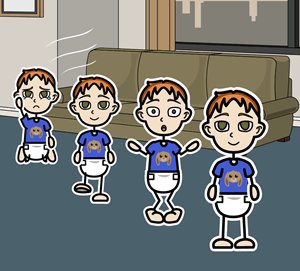 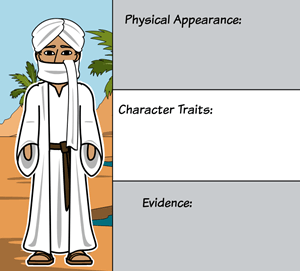 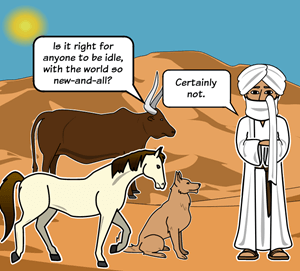 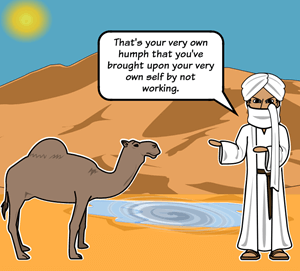 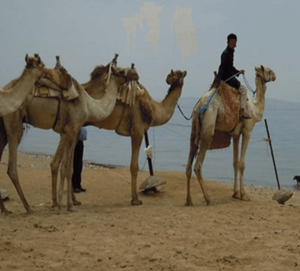 In the beginning of time, when the world is new, there is a Camel. The Camel is very lazy and he sits in the middle of the Howling Dessert, eating prickles and milkweeds. When anyone speaks to the Camel he responds with, “Humph”.

In rolls a Djinn, the man in charge of All Deserts, and he confers with the Three. They ask if it is alright for someone to be so lazy and not work. The Djinn, of course, says it is not.

The Djinn tells the Camel that is his very own hump, brought on by his selfishness and lack of activity. The Djinn says the Camel has to work, and the Camel asks how can he work with a giant hump on his back. The Djinn explains that the hump will hold enough fuel for him to be able to work for three days without eating.

The Camel goes to join the Three, and from that day always has a hump. The Camel has yet to catch up with the work he missed in the beginning of time, and he has not yet learned how to behave.


Essential Questions for "How the Camel Got His Hump"