The Lottery by Shirley Jackson

"The Lottery" by Shirley Jackson was so controversial that after its publication on June 26, 1948 in The New Yorker, readers canceled their subscriptions and peppered Jackson with hate mail and threats. The story began an important discussion of what happens when old traditions don’t evolve.

Published just three years after the end of World War II, the story echoes the frightening conformity that existed in Germany during the previous decade. It is rumored that the basis for Jackson’s story was rooted in her concerns about lingering antisemitism.

This story brings up several important themes for students to discuss, including the dangers of blindly following tradition, mob mentality, and the inversion of our culture’s family dynamics.

Student Activities for The Lottery Include: 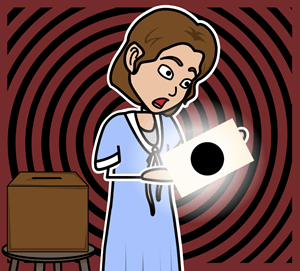 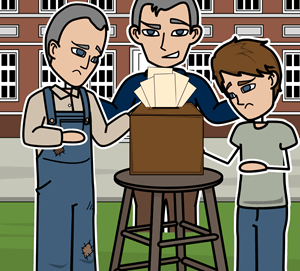 In a small village, somewhere in America, on a warm summer day (June 27th to be exact), the 300 citizens begin to gather in the square. The young boys of the town, fresh out of school for the summer, gathered stones into piles. Slowly, the families trickle into the square, and there is an air of expectation for this annual event, something that is rooted in deep tradition started by the founders of this town years ago. Mr. Summers places a black box filled with slips of paper, on a stool in the square. The box is as old as the town, and while Mr. Summers talks about making a new one every year, the people are reluctant to change such an important symbol of their tradition, even though they’ve forgotten many of the other pieces of this annual ritual.

As the lottery commences, the heads of each household walk up to the box and pick out a slip of paper from it. They then go back to their spot and wait for all of the names to be called. Typically, the heads of households are the men; however, if a woman is widowed, she becomes the head of the household, at least until her eldest son reaches 16.

When Mr. Summers reaches the end of the names, the heads of households unfold their papers. There are whispers that, “Bill Hutchinson’s got it.” Bill’s wife, Tessie Hutchinson, begins to yell and accuse Mr. Summers of not giving Bill enough time to pick the paper he wanted. The other women chide her, telling her that they all took the same chance, and that she should be a good sport. This is the reader’s first indication that the lottery doesn’t involve winning a fortune; there’s something more sinister behind this particular ritual.

Tessie, Bill, and their three children, Bill Jr., 12-year-old Nancy, and toddler Little Davy, are called up to the box. Mr. Summers takes Bill’s paper, and puts in four other blank ones. He stirs them up, and each member of the family draws a paper. Bill, and the children’s papers are all blank, but Tessie’s is marked with an ominous black spot. She begins to scream that this isn’t fair, or right. The reader begins to understand the purpose of the stones the children have been gathering. Within moments, the entire town gathers their stones and surrounds Tessie. Tessie continues to protest, perhaps realizing for the first time the barbarism behind this ugly tradition. She isn’t able to scream for long, however, as the story closes with the townspeople “upon her”.

Essential Questions for "The Lottery"

Buy The Lottery by Shirley Jackson on Amazon