"Letter from Birmingham Jail" challenged the complacent attitudes of the local clergymen during the Civil Right’s movement, as Martin Luther King, Jr. sat in a jail cell for his peaceful protests against injustice. This letter connects with the important concepts of Transcendentalism as laid out by Henry David Thoreau in his jail-time piece, Resistance to Civil Government, including nonconformity, intuition, and self-reliance.

Student Activities for Letter from a Birmingham Jail Include: 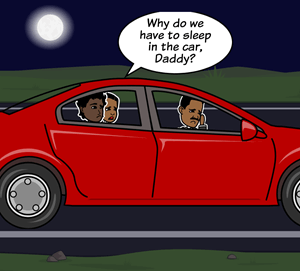 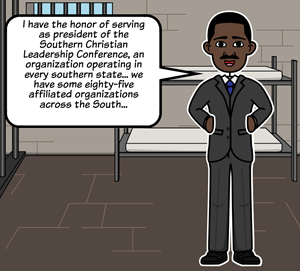 
A Quick Synopsis of "Letter from Birmingham Jail"

Eight clergy leaders from the city of Birmingham, Alabama wrote an open letter to Martin Luther King, Jr. criticizing King’s role in the nonviolent protests of the Birmingham Campaign which began on April 3, 1963. King was arrested on April 12th, and while in the jail, he penned his harsh, but wisely-worded response to the clergymen’s dissent. The clergymen argued for patience for disputes and issues to be decided in the courts, and that protests were a disruption, not a means to an end. They claimed that these protests were “untimely”, and they urged the “Negro community” to practice restraint.

Martin Luther King, Jr. was understandably dismayed by the attitude of the clergymen, even though he acknowledges that their intentions came from a good place. He begins the letter by explaining why he has come to Birmingham, by simply stating, “I am in Birmingham because injustice is here.” He feels compelled, like the Apostle Paul, to carry the “gospel” of justice to all corners of the South. One of the most popular quotes from this letter is, “Injustice anywhere is a threat to justice everywhere”, a sentiment that has been echoed throughout popular social movements since.

King lays out the four basic steps of a nonviolent campaign, and then he describes how those steps have been employed in Birmingham so far. These steps include collecting facts, negotiation, self-purification and direct action. The first three steps have failed, so the only option left is direct action. King takes issue with the clergymen’s use of the word “untimely.” He states that for so many years, all he has heard is the word, “Wait.” Unfortunately, that usually turns into, “Never.” King is tired of waiting, because injustice has perpetuated in Birmingham for too long.

Finally, King directly addresses his disappointment with the white moderates and the white church leadership. He knows that they should be the African American community’s greatest ally, yet they tend to stand on the sidelines and not assist in any of the efforts to force a change. He criticizes their commendation of the Birmingham police force for maintaining order when in reality, they had released police dogs and violence onto the African American protesters. He wishes that they had turned their praise onto the demonstrators of Birmingham instead, suggesting further that the clergymen’s priorities in this struggle to eliminate injustice are misplaced.