The Little Prince, also referred to as Le Petit Prince, is a modern French fairy tale about an aviator whose plane lands in the Sahara Desert. He meets a small prince who describes his planet and his adventures searching for love. It's a classic and charming story that will delight students as well as prompt discussions on adulthood, friendship, and perseverance.

If you're looking for French specific activities, check out our separate lesson plan for Le Petit Prince!

Student Activities for The Little Prince Include: 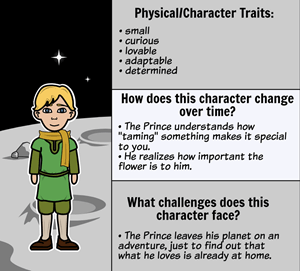 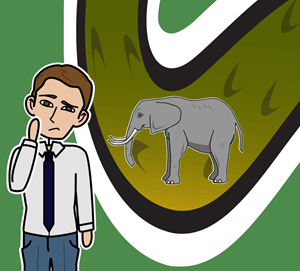 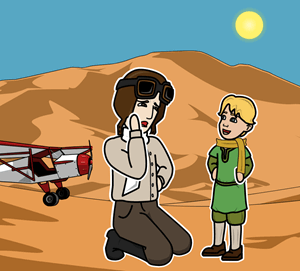 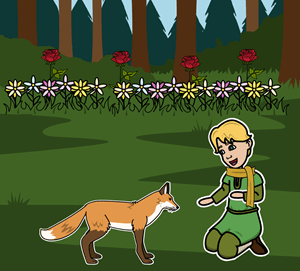 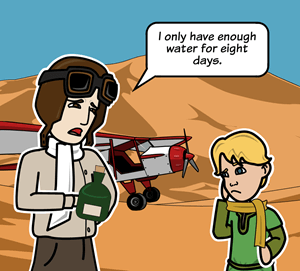 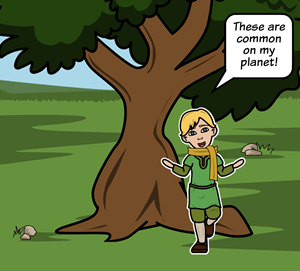 
A Quick Synopsis of The Little Prince (Contains Spoilers)

The story begins by introducing the narrator, an aviator, who recalls drawing a picture when he was six - a picture of a boa constrictor swallowing an elephant. He says that grownups did not understand his pictures and are always looking for explanations for everything.

The narrator then describes his crash landing in the Sahara Desert. He only has enough water to survive for eight days and must repair his airplane himself. While sleeping, he is woken up by the little prince asking him to draw a sheep. After several failed attempts to draw just the right sheep, the narrator draws a crate and claims the sheep is inside. The prince is satisfied.

While spending time with the little prince, the aviator learns about his planet; it’s so small that he can see many sunsets in a single day and even rake his volcanoes. The planet is also quite peculiar in that there are good plants and bad plants; a certain baobab plant must be pulled immediately so that it does not take over the entire planet.

The prince asks the aviator if sheep eat flowers with thorns because he is concerned about his sheep eating his flower. Busy working on his airplane, the aviator carelessly states that thorns do nothing at all for the plant and of course the sheep will eat them. The prince becomes very angry; he wants his flower to be able to protect herself.

This leads the prince to reveal more of the details on how he came to be in the Sahara Desert. Not realizing that he loved his flower, the prince left and visited several planets. He met a king, a vain man who just wanted to be admired, a drunkard who is embarrassed about his drinking, a businessman who believed he was a serious man who owned the stars, and a lamplighter who relit the lamp each minute. The prince found these grownups to be completely ridiculous and useless.

On the sixth planet the prince met a geographer who advised him to visit Earth, which is how he came to land in the Sahara Desert. He was stunned to see that the roses were exactly like his and believed that there wasn’t anything special about his rose at home.

As the days go by, the prince realizes it is the anniversary of his arrival to Earth. The aviator is sad to see his friend go and feels like he has been tamed. The prince is also upset but tells the aviator that he can always look up at the stars, know that the he is at home on his planet, and hear his laughter.

Essential Questions for The Little Prince

Buy The Little Prince by Antoine de Saint-Exupéry on Amazon