"Red Kayak", a short text extracted from a longer novel of the same name, is about a boy named Brady who searches for a missing three-year-old on the Corsica River. "Red Kayak" by Priscilla Cummings features an exciting plot, rich vocabulary, and various figurative language elements.

Student Activities for Red Kayak Include: 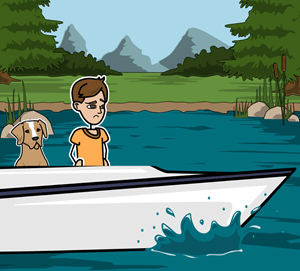 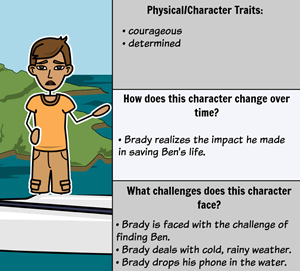 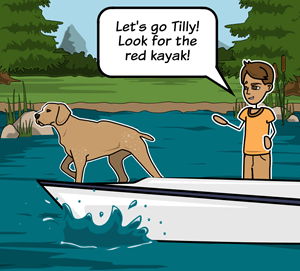 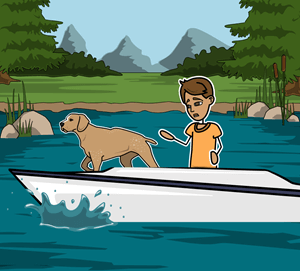 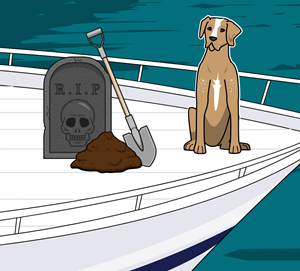 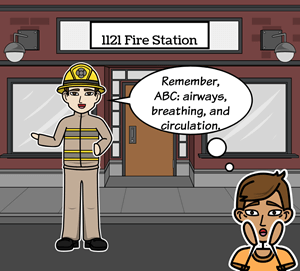 
A Quick Synopsis of "Red Kayak"

Thirteen-year-old Brady saw Mrs. DiAngelo and her son, Ben, heading down the Creek in their red kayak. He knew that it was not safe, but he didn’t say anything. Now, they are missing. Brady and Tilly, his yellow Lab, hop in their boat and head toward the smaller creeks to search for the red boat or their yellow jackets, while Carl and the rest of the rescue workers look downstream.

Brady feels excited, but nervous as he heads up the creek; he is eager to find them. He feels the cold and thinks back to when he was eight when he fell through the ice in a cow pond and almost drowned. Brady shuts off his engine and begins shouting for Mrs. DiAngelo and Ben. When he doesn’t hear a response, he turns the engine on and continues up the creek. He checks his phone and notices a missed call: it is his mother. She tells him that Mrs. DiAngelo was found downriver, but Ben is still missing.

Brady continues to search for Ben when Tilly begins barking. Brady relies on Tilly’s instincts and continues moving in the direction of Tilly’s pointed nose. All of a sudden, Tilly places his front paws on the edge of the boat. Brady slows down the motor and approaches a narrow channel with an old dock. There, Brady notices a spot of yellow.

Ben is motionless, and his life jacket is caught on an old piece of wood. Brady flips the engine into neutral and lifts a waterlogged Ben off of the wood and into the boat. He removes Ben’s wet clothes and replaces them with his own coat. During this task, Brady fumbles with his cell phone and it falls into the water. Frightened, Brady tries to remember what he was taught to do in an emergency. He recalls Carl talking about the ABC’s: check airway, check breathing, check circulation. Brady checks Ben’s nose and tilts him on his side, which causes water to trickle out of his mouth. Then, he checks his nose and decides that Ben isn’t breathing. Brady decides to start CPR on Ben; he presses down five times on his chest, then gives him a breath, repeating this over and over again. Brady realizes that he needs to get Ben to an ambulance fast. He begins to steer the boat down the creek, all while continuing CPR.

Finally, Brady makes it to the landing where an ambulance and police cars are waiting. Jimmy Landers, one of Carl’s co-workers, lifts Ben onto the dock and Carl continues with the CPR. Carl feels a pulse on Ben and send him off in the ambulance.

A policeman comes over and compliments Brady on his hard work and asks for a report of what happened. After Brady gives him the details, he gets back into his boat to head home. Brady reflects on what happened and thinks about fate; he wonders what would’ve happened to Ben if he hadn’t been there to check the little creeks. He realizes he will never be the same person because he helped save a life.