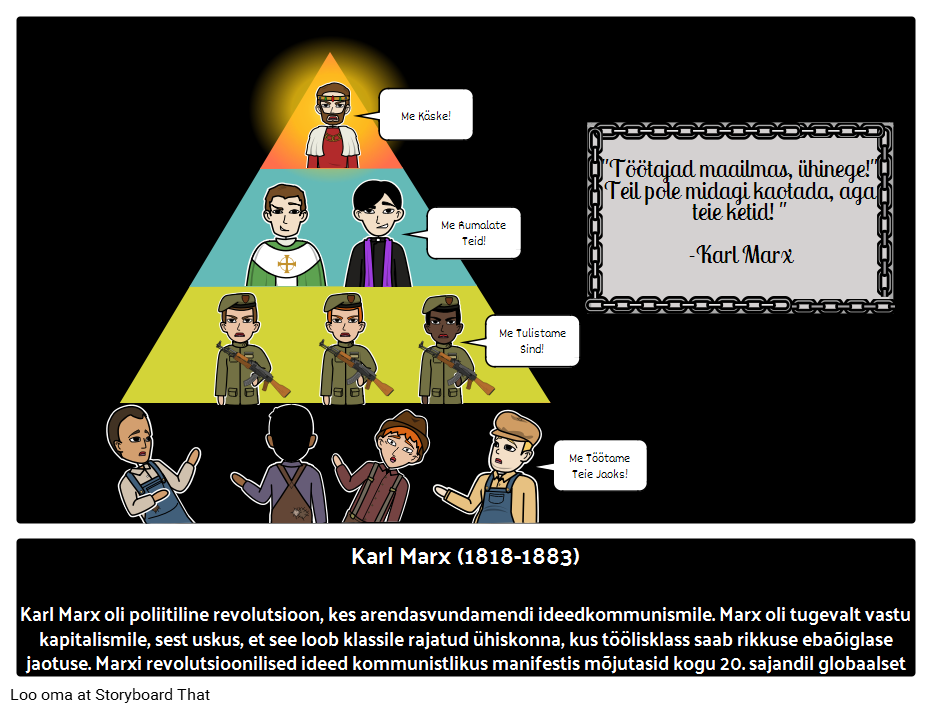 Karl Marx was born in 1818 in Trier, Germany, into a middle-class Jewish family. He is one of the most influential figures in history, whose thoughts and ideas about society, class systems and economics, have collectively become known as Marxism. The third of nine children, Marx’s father was a lawyer, while his mother came from a wealthy Dutch family who went on to found the Phillips Electronics company.

Following in his father’s footsteps, Marx initially attended the University of Bonn to study law but later transferred to the University of Berlin. He was interested in philosophy from an early age, although his writing career started with fiction and poetry, rather than philosophical or political writing. In 1842, Marx moved to Cologne where he started working as journalist. It was here that he started to express his ideas about socialism and economics. In 1843, Marx and his wife Jenny moved to Paris so that Marx could work for a left-wing newspaper. It was here that he met his friend and long-time collaborator Friedrich Engels, and they started to work together on writing projects.

In 1845, Marx moved to Brussels after being expelled from France by the Interior Minister who was unimpressed with Marx’s radical publications. He met other exiled socialists in Brussels and was joined by Engels later in 1845. From Brussels, the pair traveled to England to meet with British socialists and they joined the Communist League in London. It was at a conference of the Communist League that Marx and Engels were commissioned to write The Communist Manifesto.

In 1848 Marx returned to Cologne but experienced problems of police harassment and intimidation and faced trial on a number of occasions for crimes such as press offences and incitement, although he was never convicted. The newspaper he was working for was suppressed by the state and once again Marx left for London where he lived in poverty before securing work with the New York Tribune as a European correspondent. He died of bronchitis and pleurisy in London, by which time he was stateless, in 1883.

Marx’s political doctrine, Marxism, regards capitalism as an exploitative system in which the rich and powerful take advantage of the working class in order to enrich themselves. Marxism advocates for a society in which the workers themselves, rather than the bourgeoisie, enjoy the fruits of their labor.