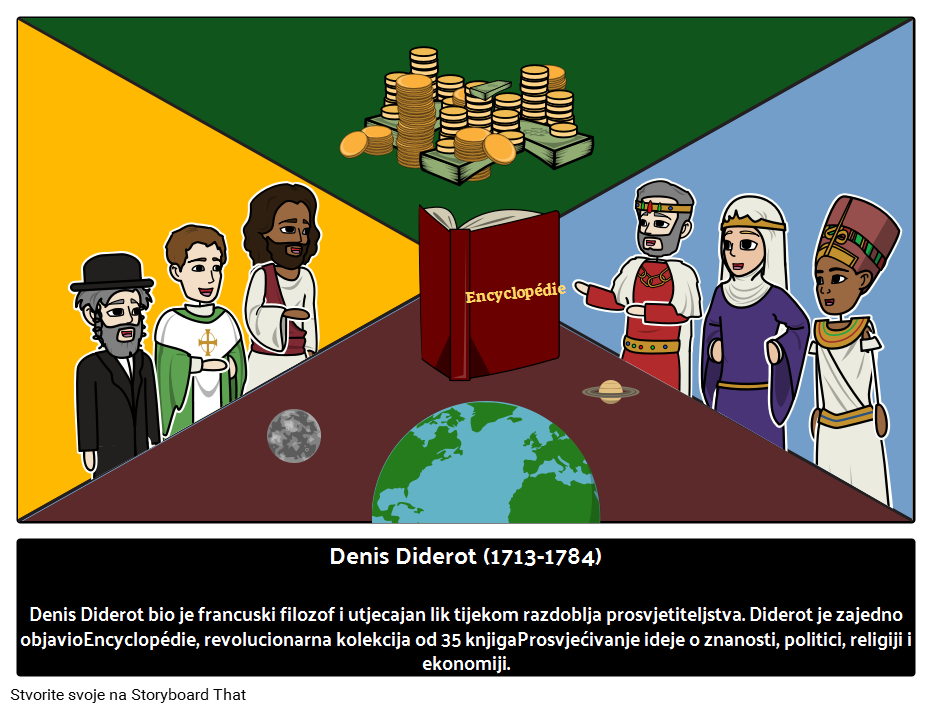 Denis Diderot was born in 1713 in Langres, in the Champagne region of France. He was a prominent figure in the French Enlightenment, along with philosophical heavyweights Rousseau and Voltaire. Diderot was educated at a Jesuit College and was awarded a Master of Arts in philosophy in 1732 before going on to study law in Paris. Diderot soon abandoned his study of the law and decided instead to become a writer. This decision angered his father, who subsequently distanced himself from Diderot, prompting the young man to lead a bohemian lifestyle in Paris. His father’s opprobrium was provoked once again in 1743 when Diderot married Antoinette Champion, a linen-maid, who was from a much lower social class and had a poor education in comparison to Diderot and his family.

Along with Rousseau and Voltaire, Diderot is considered to be one of the most important thinkers of the Enlightenment. His writing career started with translations, but Diderot soon went on to write original philosophical works. Diderot’s works made frequent attacks on the prevailing morality of the time, and rejected deism, and his ideas even led to his imprisonment for several months. As editor of the Encyclopédie, Diderot also attracted criticism from the Church and the State, and the publication was regarded with suspicion, at times having its licence revoked. The Encyclopédie was a famous French publication and a comprehensive compendium of knowledge, which attracted the disapproval of the Catholic Church and the French Government.

Diderot’s philosophy focused on the materialism of the Enlightenment and was aligned with the ideas of John Locke, grounded in the principles of scientific reason. His most famous works include Pensées Philosophiques and Jacques the Fatalist, in which he addresses the problem of existence.

Although most of his writing was published posthumously, his ideas were considered to be dangerous and subversive during his lifetime, due to the fact that his philosophy centred around a materialist and, by implication, atheist, position. Much of his work was written in a dialogical style, including Rameau’s Nephew and d’Alembert’s Dream. Diderot’s financial situation was helped somewhat when Catherine the Great of Russia purchased his library and agreed to pay him a pension. This allowed him to travel outside France and he visited Russia and the Netherlands.

Diderot died in Paris in 1784. Unlike other distinguished French citizens, including his contemporaries Voltaire and Rousseau, Diderot was denied internment in the Panthéon.