A Very Brief History of Storyboards

Depending on the source, either Howard Hughes, with the 1930 film, Hell’s Angels, or Walt Disney, with the 1933 animated film, Three Little Pigs, is cited as the father of modern day storyboards. In 1939, Gone with the Wind was the first live-action movie to be completely drawn out on storyboards.

Over the last 80+ years, the use of storyboards has grown. Following the roots of animation and movie-making, storyboards are used by ad agencies for commercials, directors for plays, and artists for comics. Storyboards have also found their way into the business world for modeling how customers will interact with new products.


Storyboards are a powerful way to visually present information. At their core, storyboards are a set of sequential drawings to tell a story. By breaking a story into linear, bite-sized chunks, it allows the author to focus on each cell separately, without distraction. For the audience, it allows a tremendous amount of visual context to be absorbed in a fun and engaging way.

How Can I Use Storyboards for Visual Storytelling?

Creating a good storyboard is about telling a good story. Humans are natural storytellers, and love to tell and be told stories. There are many steps in the writing process that can benefit from storyboarding. Even a picture itself can tell a story, regardless of whether there's a speech bubble. How can you use the visual part of visual storytelling to your advantage? Take a look at a few ideas for visual storytelling and some storyboard examples. What story ideas can you come up with?

The ultimate in visual storytelling is a film or movie. Storyboards were first used for this purpose and work just as well (if not better) than they did in the 1930s. To get started, break down your story into a set of discrete scenes; each scene will become its own storyboard. Next, choose a scene and start to lay down the context:

After you create a number of storyboards, print them out and arrange them on a large wall. This will allow you to visually see the entire flow of the story and make adjustments. It is natural to re-write scenes, change the order, add more, and delete some. For more information about making a storyboard for film, check out our Film Overview! 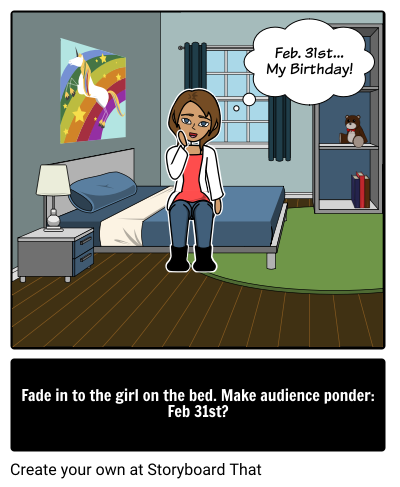 Creating a comic is a great way to visually tell a story, and to show off your skills as an artist and author. When creating a comic, there are a lot of questions the creator needs to answer:

Using a storyboard lets you rapidly and easily experiment with a number of choices until you figure out what feels natural and right for you needs.

Sometimes we all need a little bit of inspiration, or a break from whatever we are doing. While hearing a good story may make you happy, seeing or creating an incomplete story can inspire you. The "Juxtaposition" storyboard was quickly assembled with a minimal amount of content. By leaving the background unfinished, it invites conversation and many new story ideas for digital storytelling.


Creating a few cells with random characters, scenes, and objects will get you thinking and may make you smile at the same time! 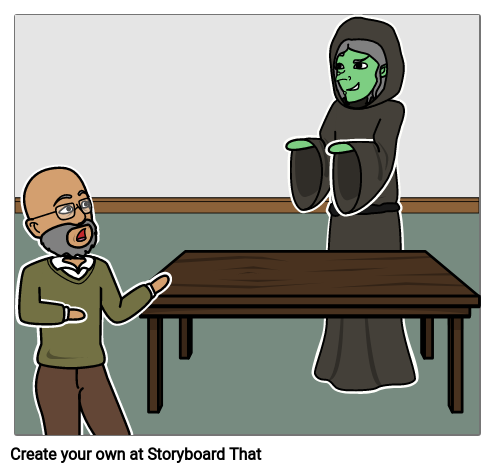 Start storyboarding today! Go create your own storyboard and dive into the world of digital and visual storytelling!